With endless speculation of an imminent iPhone 5 launch this Fall, we’ve heard rumours about the next generation phone coming to Telus in October, but now we’ve landed upon evidence that Rogers is preparing employees for the next launch.

An internal memo titled, Coming Soon: iPhone pre-launch, instructs employees to complete training, a 45 minute self study set to start on August 11th. This type of training is not out of the ordinary for Rogers, as it prepares the employees for new product launches. The text reads:

As of August 11th, the training for the iPhone pre-launch will start. Please complete this training once notified by the Just in Time (JIT) training coordinator in your site. The module is a 45 minute self-study; please make sure to complete the following training: iPhone Pre-Launch Training – Rogers Wireless 2011. 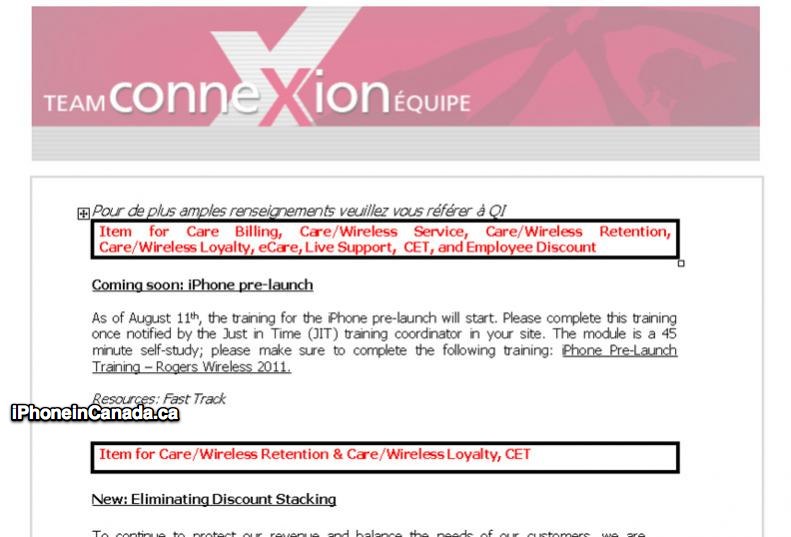 Last year, we first reported Rogers/Fido had started product training for the iPhone 4, based on selling the phone and positioning iOS 4, using the same internal resource, Fast Track. That was back on July 12th, weeks before the eventual July 30th Canadian launch date.

Rogers is preparing employees for an eventual launch, and this training has been confirmed by a Rogers employee. Rogers will most likely find out launch dates like the rest of us, but they’re already preparing.

Thanks Gen for the email!