To compete in the Tianfu Cup, an elite Chinese hacking contest, the country’s top white-hat hackers gathered in the city of Chengdu to test zero-days against some of the world’s most popular apps, including Apple’s Safari, Google’s Chrome, and Microsoft Edger browsers, ZDNet is reporting. 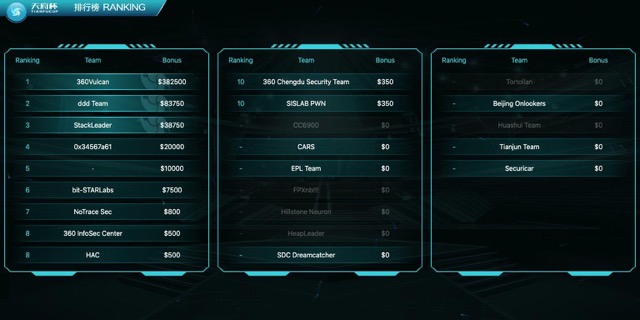 Team 360Vulcan, however, gave up on their attempt to exploit iOS in their highly awaited session, which was also scheduled last to end the tournament:

In the spring of 2018, the Chinese government barred security researchers from participating in hacking contests organized abroad, such as Pwn2Own. The TianfuCup was set up a few months later, as a response to the ban, and as a way for local researchers to keep their skills sharp. The first edition was held in the fall of 2018 to great success, with researchers successfully hacking apps like Edge, Chrome, Safari, iOS, Xiaomi, Vivo, VirtualBox, and more.

The organizers of the tournament will be reporting the bugs discovered to all respective vendors at the competition’s end.

Samsung's annual Unpacked event is being held tomorrow, February 1st. Unveiling the latest flagship devices, including the Galaxy S23 series. It's likely that there will also be other surprises to be had. Here's how you can watch the digital live-streamed event and not miss a moment. Each year, Samsung hosts its Unpacked event and reveals...
Steve Vegvari
14 mins ago

Xbox, PlayStation, and Nintendo will reportedly be skipping E3 2023 as the large video game conference returns for an in-person event. Slated to run from June 13th to the 16th at the Los Angeles Convention Center, the three large publishers will not have a presence on the showroom floor, says a report. According to IGN,...
Steve Vegvari
46 mins ago