At its developer conference today, Samsung finally shared glimpses of its prototype foldable smartphone, which had been rumoured in the making.

The Verge shared some images of the device, which has as 7.3-inch tablet display, which folds like a book. Check it out below: 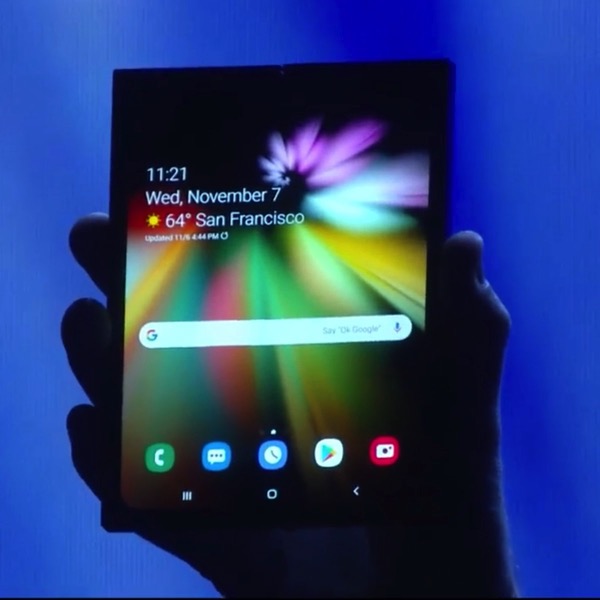 Once it’s closed, the front of the phone has another smaller display to launch apps and more. The prototype phone looks pretty thick when closed, resembling the thickness of an old school Nokia N90: 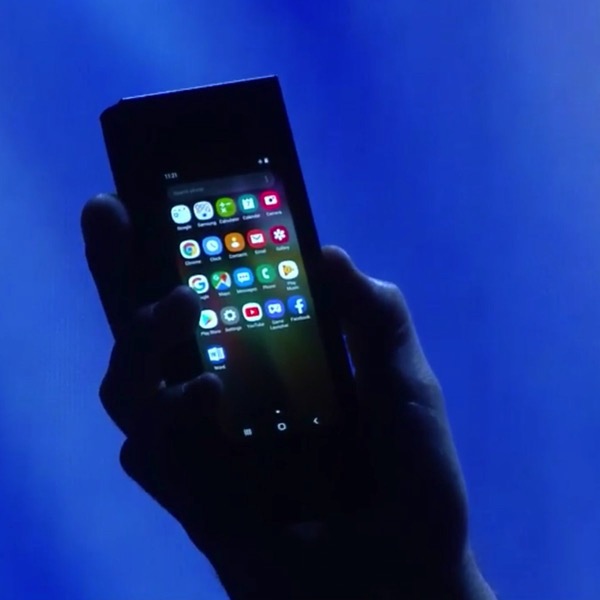 THIS IS NOT A FOLDABLE PHONE

I understand "Android tablet that folds down into a fat phone" is a less sexy description, but that's what this is. pic.twitter.com/f3YwJ5Lfc5

Here's a clearer view of Samsung's foldable smartphone. They turned the lights off for the live reveal, but not this rehearsal.

You can definitely make out the fold in the top and bottom bezel. https://t.co/rrKchxo8Ko pic.twitter.com/5n9DrKNVql

but Samsung, didn't Apple make a foldable phone back in 2014? pic.twitter.com/hfC5Asf1Xg

Samsung says the device has what they call an Infinity Flex Display, which can “deliver new experiences with a bigger display while still maintaining portability,” according to its marketing materials online.

The South Korean company explains, “we created a new form factor that can seamlessly unfold from a pocket-sized smartphone into a 7.3-inch display. Since glass is not pliable, we developed a new material for the cover window that’s flexible and durable. And to ensure the reliability of the display, we found a unique adhesive that enhances the display’s elasticity and keeps its strength even when it’s folded and unfolded over and over again.” 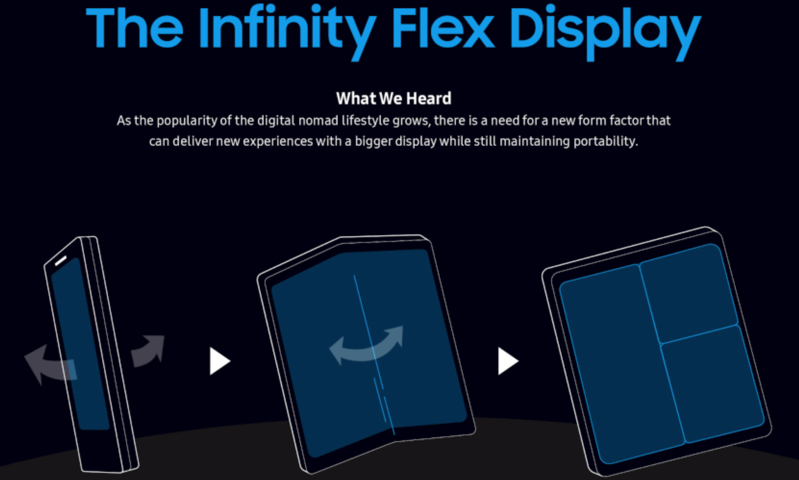 Google will be working with Samsung for the launch of this phone next year, and Android will support the foldable display. Justin Denison, SVP of mobile product marketing, said production of this new smartphone would start in a “matter of months.”

Would you buy a foldable smartphone like this one from Samsung? You have to give them credit for trying, but who actually needs a device like this?