Savona’s Apple Museum to Finally Get a Permanent Home

According to a report by ZDNet, the seaport area of Savona, a coastal town of 60,000 people in the north west of Italy, will become home to what the founders claim will be the biggest museum dedicated to the technologies from Apple. The collection of products from the company created by Steve Jobs includes more than 10,000 items, among them over 1,000 computers, 244 monitors, 152 printers, and 1,330 hard disks, keyboards, and manuals. 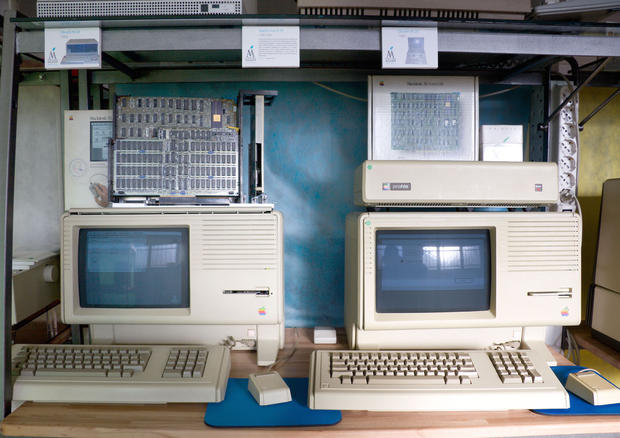 By next fall, visitors will have the chance to see an Apple I clone, play with various functioning Apple II and Apple III models, or, for the more curious among them, admire an eMate 300 running the Newton operating system. The source notes that the hardware and software comes from all eras of Apple’s history, though the bulk of the collection dates back to the pre-iPod era.

“Everything that has to do with the history of computer science and Apple is welcome,” Andrea Palermo, vice-president of All About Apple ONLUS, the non-profit association that runs the museum, said. The museum’s opening is the end point of a journey which began 13 years ago. The core of the collection originates from a stock of unsold items from a shop selling Apple products in Savona.

Initially, the computers and the rest of the accessories the shop no longer wanted were kept in the loft of Ferraro’s parents’ house in Quilliano, a small village in the countryside near Savona. “It was a private space,” he said, “but we would still organize open days and visits from time to time.” The first semi-official home for the museum came in 2005 when the mayor of Quilliano allowed the array of computers, keyboards, laptops, and printers to be exhibited in the basement of the local primary school.

The collection remained there for the next five years as both Apple and that unusual little museum grew in popularity. In the meantime, the donations started to come at a steady pace, bringing the museum an array of unique pieces, some of which were not even made of silicon.

You can read the article in detail and check out photos of the some the Apple products from the collection at this link.

[caption id="attachment_382288" align="aligncenter" width="1920"] Image: @OnLeaks and @Smartprix[/caption] Samsung's upcoming flagship smartphone, the Galaxy S23 Ultra, has just leaked in high-resolution renders that reveal its design and more. The leaked renders come from Smartprix and known tipster @OnLeaks. Samsung is months away from actually unveiling the Galaxy S23 series, which is being developed under the...
Nehal Malik
17 mins ago