If Siri Drove a Car, ‘Steeri’ Would be Born [VIDEO]

Earlier today, we shared a video showing how you can try over 50 different Siri voice commands to find out what Apple’s voice assistant is currently capable of. Now, we have another viral YouTube video to share, that offers a humorous look at what life might be like if Apple’s Siri were given the keys to a car today (via AllThingsD). 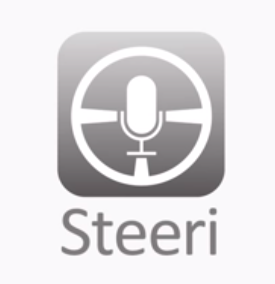 The video has been created by John Dabrowski and Mark Odlum, a pair of 36-year-old filmmakers from USA, who are hoping to get their big break in Hollywood. They are also doing other short comedies for YouTube under the name Smart Department. This video, done in the style of the videos Apple does in conjunction with a new product launch, imagines what it would be like if voice navigation was the only way to drive, and thus, giving both to ‘Steeri’.

“We kept hearing about this Google ‘Driverless Car,’ right around the time Siri was becoming popular, and John happened to go for a ride in his friend’s new car,” Odlum said. “They decided to test out the fancy voice-activated navigation system. It didn’t work, and immediately tried to send them to Iceland — no kidding.”

Enjoy the video and share your thoughts with us in the comments section: