Apple Wins Patent for a Smart Dock Powered by Siri

The US Patent and Trademark Office (USPTO) has awarded a new patent to Apple for a Siri-powered ‘Smart Dock’, which can automatically activate the Siri digital assistant on the docked iOS device, ZDNet is reporting. In addition to the upcoming HomePod, this would provide Apple another way to get Siri into your home.

Titled “Smart Dock For Activating A Voice Recognition Mode Of A Portable Electronic Device”, the patent suggests that the dock itself would feature a microphone and speaker, which could charge the iPhone either through a connector or wireless energy transfer. 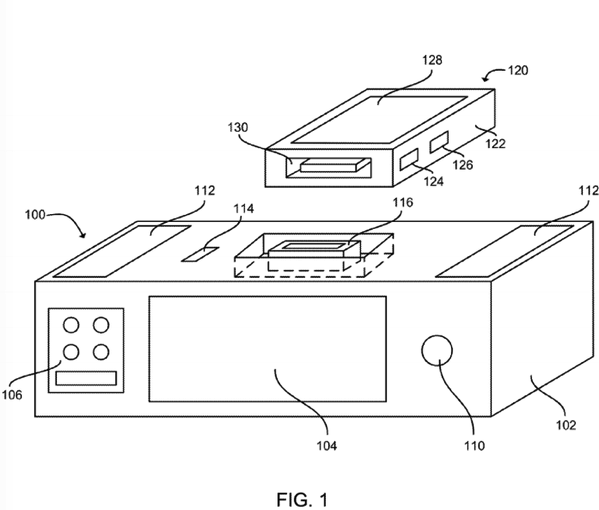 Apple explains that in order to utilize the various functionalities provided by an iOS device, a user typically must interact with their device using finger controls and/or a graphical user interface (GUI) included on their device. However, such interaction requires that the portable electronic device be in close proximity to the user.

The patent outlines a key problem Apple was looking to solve, namely that Siri could only be used if the device was within the user’s reach. As it notes in the patent, voice assistant features usually require the user to touch the phone to activate it, which isn’t convenient for the user and restrictive for Siri.

“If the user is not proximate to their portable electronic device (e.g., if their device is connected to a charging power source on the other side of the room), the user may be unable to utilize the various services provided by their device in a timely and convenient manner.”

While the patent was granted this week, it was originally filed by Apple in 2012, a year after Siri debuted on the iPhone.