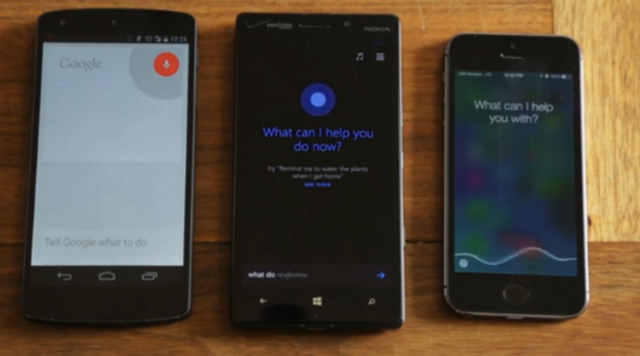 Microsoft’s all new ‘Halo-flavored’ voice assistant Cortana, has been put to test against its two main competitors i.e Siri and Google Now, by the folks over at WP Central in the ultimate voice control showdown. While for the most part, the three digital assistants were found to be on even footing, Cortana did surprisingly well considering the fact that its competitors already have a year or two of experience on Microsoft’s offering.

“What’s the take away? We’ll let you decide but from our hands on tests, we can definitely say that Microsoft’s Cortana, even as a beta, can go head to head with Apple and Google. While there is still room for improvement, Microsoft has done a commendable job of offering a similar service to their competitors, and it shouldn’t be too long before they surpass them..”

Looking at the video below, it is evident that each one of the three voice assistants can field most of your standard voice control questions with ease, and Cortana fits right in the middle, offering a little of Siri’s personality but without any sluggishness. Take a look: