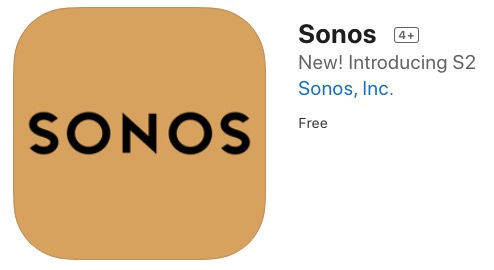 Sonos has released its new Sonos S2 app for download for iOS and Android users, ahead of new product launches on Wednesday.

The new Sonos Arc soundbar with Dolby Atmos (read our review here), Sonos Five and Sub Gen 3 launch in Canada on June 10 and can only be controlled with the S2 app, as it supports higher resolution audio technologies, to go with a new design. Also new in the S2 app is the ability to create saved room groups.

Sonos says customers buying an Arc, Five or Sub Gen 3 can download the new S2 controller app today and then delete their old one. Their system will automatically update to the new S2 app.

If you’re not buying a new S2 product, existing customers can stay on the S1 app, which will get a rebadged icon as seen below on the right: 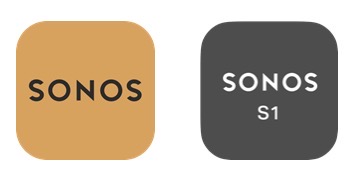 Now, things can also get tricky here, as Sonos says customers who want to keep their old players but want to add a new Arc, Five or Sub Gen 3, can split their setup into two households and have them operate independently in the home.

There are downsides to this when it comes to music streaming, as services such as Spotify, for example. If you are playing Spotify on your S2 system and then start playback from your S1 system, playback will stop on the former.

The same goes for voice services such as Amazon Alexa and Google Assistant, as both S1 and S2 systems will require two separate voice accounts. However, you can setup a different voice service on each system, so that could mean Alexa on one and Google on another, without the need to create multiple accounts for one voice service.

Click here to learn more about the new products coming Wednesday from Sonos.