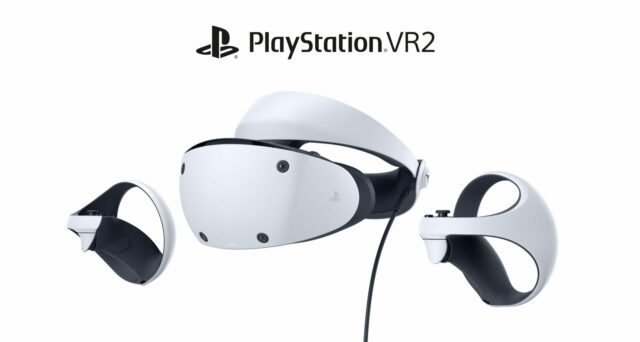 Sony Interactive Entertainment president Jim Ryan states that the company aims to launch its PSVR 2 headset with over 20 “major first-party and third-party titles.”

News comes by way of the company’s recent 2022 business briefing. In it, Ryan highlighted Sony Interactive Entertainment’s portfolio, growth, and targets for the next few years. This includes the upcoming launch of its second virtual reality (VR) headset.

The briefing covers a number of known facts about the PSVR 2 headset. As Sony has previously revealed, the new headset includes 4K HDR resolution, expanded FOV, enhanced tracking, and additional sensory features such as haptic feedback. The headset’s Sense controllers also feature haptic feedback and adaptive triggers, the same as the PlayStation 5’s DualSense. As seen in the slide below, Sony also confirms that the headset will have a ton of support at launch. 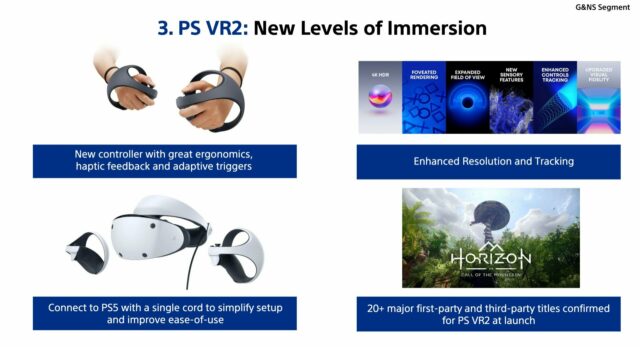 Currently, Sony has only confirmed that Horizon: Call of the Mountain is in development and will likely be available at launch. The Horizon Forbidden West spin-off is being developed by Guerrilla Games. As the studio confirms, the “unique experience” is created exclusively for the PSVR 2. Horizon: Call of the Mountain also puts us in the shoes of a brand new character. However, Guerrilla confirms that Aloy and other recognizable characters will be featured.

The story of Horizon Call of the Mountain will be told through the eyes of an entirely new character.
We'll meet Aloy, as well as returning and new faces along the way, and we can't wait for you to meet the protagonist of this adventure soon.

Sony has yet to announce when PSVR 2 will be available in Canada. Currently, PlayStation is prepping for the launch of the new PlayStation Plus tiers, bringing new perks and a large catalogue of classic games to contemporary consoles. It is possible that Sony may reveal that PSVR 2 is launching later this fall or sometime in early 2023.

Pricing is also another unknown factor. Given the specs and hardware, PSVR 2 will once again be treated as a premium supplemental device under Sony’s umbrella. At launch, the original PSVR headset cost $499 in Canada. We’ll have to wait for official word from the company to see how the pricing of PSVR 2 will compare.