Ookla has just published its analysis of the network performance of Starlink and other satellite internet providers in Canada based on Q3 2021 data from Speedtest, and it appears that Starlink’s performance has been relatively flat during the period. 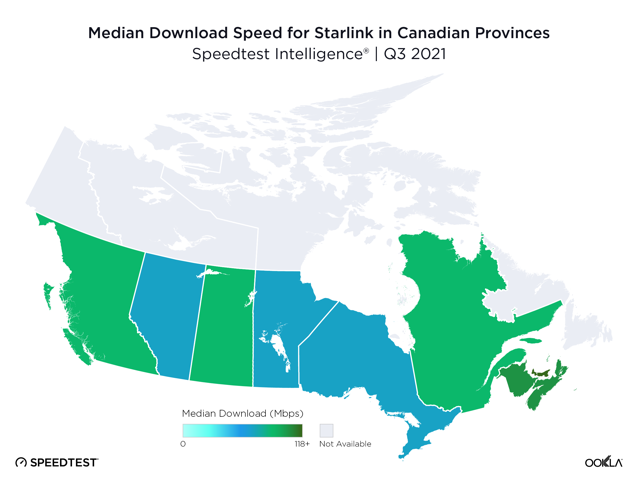 Starlink’s median upload speed was also slower than fixed broadband i.e. 13.87 Mbps vs. 20.67 Mbps. Latency on Starlink was much higher as well (56 ms vs. 12 ms). This is said to be expected as additional users are added to the system.

The report, however, highlighted that Starlink is still a viable alternative to fixed broadband in Canada, especially for consumers without access to other options.