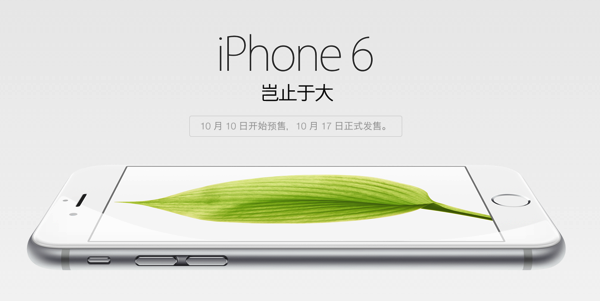 According to a report by DigiTimes citing anonymous industry sources, Apple may need to adjust the supply ratios of the iPhone 6 and iPhone 6 Plus in China due to higher than expected demand for the larger model in the region. The Cupertino giant began selling the iPhone 6/6 Plus in China on October 17, following a total of over 20 million pre-orders for the new devices.

“Digitimes reported in early October when the iPhone 6 devices were still not available in China, that Apple was adjusting its supply ratios for its iPhone 6 and iPhone 6 Plus due to stronger than expected demand for the iPhone 6 Plus globally.

As a result, Apple may be forced to shift more production capacity to the 5.5-inch model, said the sources, adding that the iPhone 6 and iPhone 6 Plus supply ratio is likely to change to 55:45 from 70:30 or 65:35 set originally.”

The source adds that consumers in China can buy the iPhone 6 directly from telecom operators, retail channels or online websites, but they have to wait for longer periods if they want the iPhone 6 Plus.