This morning, news broke that Target had missed the bullseye on its Canadian retail experiment and would be closing 133 stores, with 17,600 employees set to lose their jobs (but they’ll get 16 weeks of paid compensation worth $70 million). The company says it “faced significant challenges with operations, disappointing our Canadian guests.”

Target stores lasted less than two years in Canada (681 days) and the company revealed it will take $5.4 billion in pretax losses as of Q4, 2014. 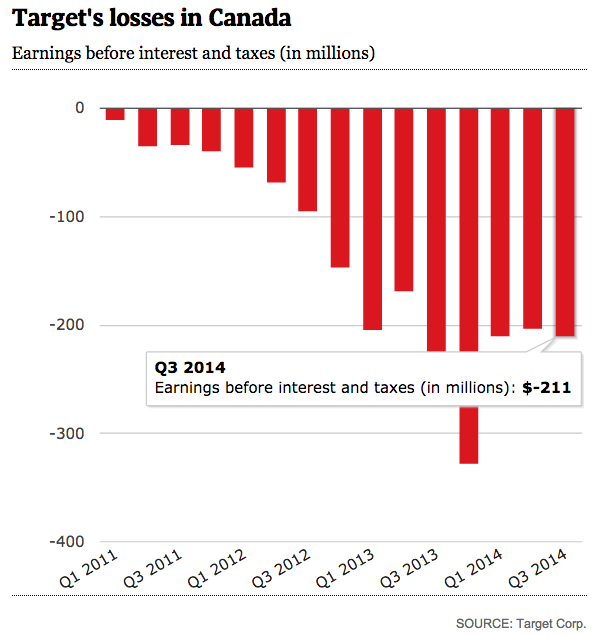 Image via The Globe and Mail

I’m sad to see Target exit Canada, it wasn’t surprising at all. Stores in our area (and across Canada) were plagued from the start, with low inventory to the point where aisles looked like they had been pillaged after a zombie apocalypse. I would imagine making profit would be difficult when you have–nothing to sell (insert imaginary caps lock).

As an official Apple reseller, the closing of Target locations does have a silver lining. Most stores are probably going to be having a fire sale on goods and third party accessories. As for iPads and iPods, I imagine slight discounts but nothing major, unless stores are really desperate to clear stock.

Target says merchandise will be marked down “in approximately 2-3 weeks”, pending Court approval of the company’s plans to hire a liquidation firm.

Are you sad Target is leaving Canada?