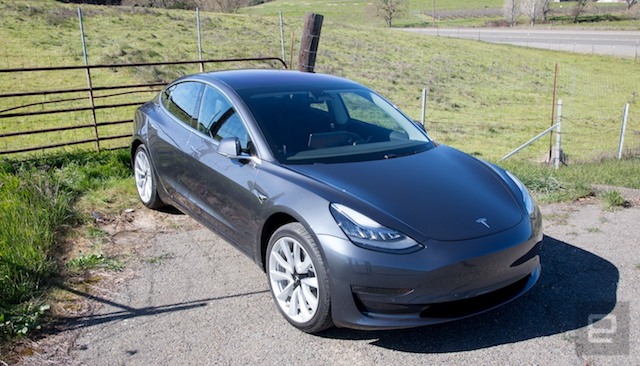 Tesla CEO Elon Musk yesterday announced specs and pricing for the new Model 3 options on Twitter, with the $78,000 Performance trim sitting at the top of the line, with 20-inch wheels, carbon fiber spoiler, black and white interior and specially-selected dual-motor setup (via Engadget).

Musk highlighted that a Model 3 equipped with an AWD dual-motor option costs pretty much the same as the BMW’s M3, but is supposedly quicker by nearly 15% with 3.5 seconds 0-60, 155 MPH top speed and 310 miles of range. “It will beat anything in its class on the track”, he said. 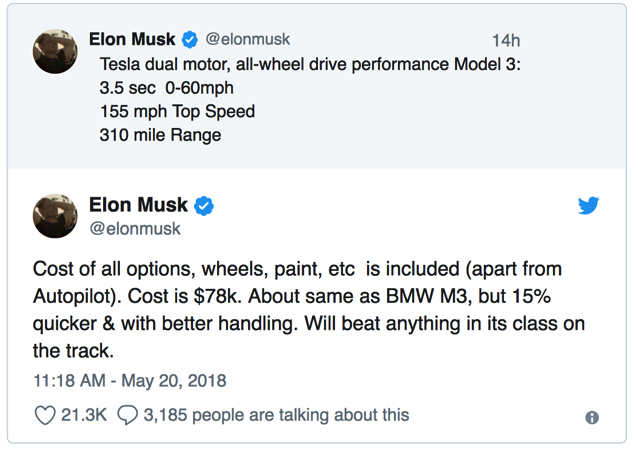 According to Musk, the configurator will be released today while the deliveries for dual-motor Model 3s will start in July.

Tesla’s other vehicles only offer dual-motor setups, which Musk explains also lets the company set up one for range and the other for performance, with the car constantly switching smoothly between them.

Those who want B/W interior with just a single source of power, Musk said it will be available in a few months as well.