Here Are Some Amazing Facts About the $710 Billion Apple Empire

This week, Apple became the first U.S. company to close with a market capitalization above $700 billion, when its stock closed at $122.02 per share yesterday. As of now, AAPL is trading at over $124, which takes the Cupertino giant’s market cap to above $710 billion, making it twice as big as Google, four times as big as Bank of America, eight times as big as McDonalds and twelve times as big as General Motors (via The Wall Street Journal). 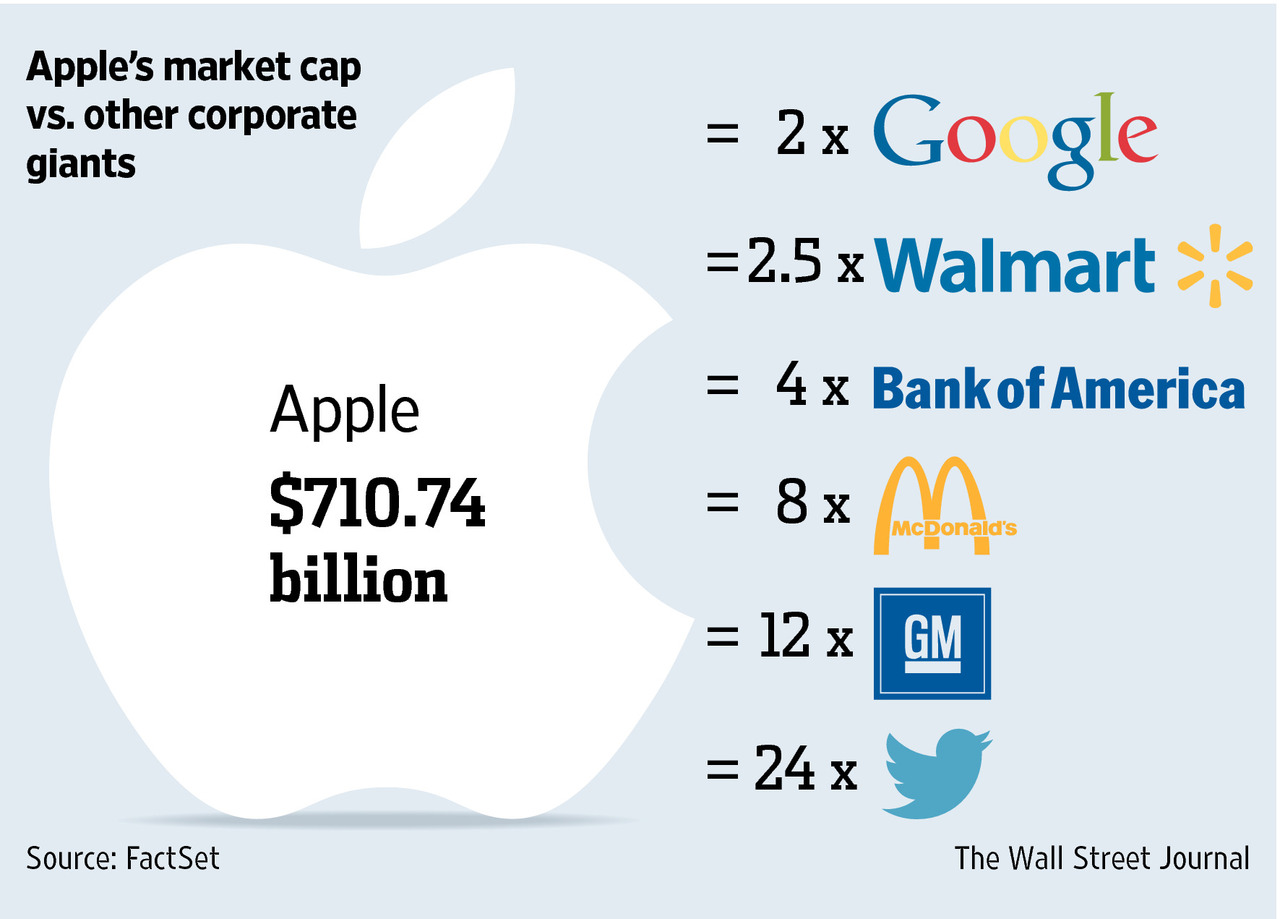 As The Atlantic puts it, Apple is basically a small country now, and if it actually were a country, it’d be the 55th richest country in the world. The company has the financial influence of a not-even-that-small country at this point. The company’s $178 billion in cash on hand is more than double Bill Gates’s net worth, the richest man in the world. In fact, according to the most recent World Bank data, Apple’s $178 billion in cash puts it on par with the gross domestic product of a country like New Zealand, surpassing the GDPs of Vietnam, Morocco, and Ecuador.

Apple has now also started selling bonds in Switzerland, a smart way for the company to buffer its huge pile of cash.

“Apple can now use proceeds from debt sales to reinvest in itself without getting taxed the way it would if it used money brought back from overseas. Plus, global interest rates are so low that selling bonds is a pretty cheap way to raise money.

The company’s current value is nearly double each of the next three largest companies in the S&P 500 index. Exxon Mobil Corp. is second to Apple with a market cap of about $382 billion; Berkshire Hathaway Inc. is third at $370 billion; and Google Inc. is fourth at $363 billion, according to FactSet”.

Apple’s market value has also more than doubled since Tim Cook took over as CEO back in 2011.