These Knock-Off Apple Stores in China Will Shock You

Apple has four Apple stores in China: two in Beijing, one in Shanghai, and one more opening soon in Hong Kong within the iconic International Finance Centre (you know, the one where the Dark Knight leaped down from), located in Central.

So when a husband and wife expat couple working in Kunming, China, noticed an Apple Store in their growing city of 6.8 million, they were deeply surprised:

RP and I went inside and poked around. They looked like Apple products. It looked like an Apple store. It had the classic Apple store winding staircase and weird upstairs sitting area. The employees were even wearing those blue t-shirts with the chunky Apple name tags around their necks.

Low and behold, these Apple Stores were not real. They were incredibly well done knock-offs, but with a few dead giveaways noticed by the couple:

You have already guessed the punchline, of course: this was a total Apple store ripoff. A beautiful ripoff â€“ a brilliant one â€“ the best ripoff store we had ever seen (and we see them every day). But some things were just not right: the stairs were poorly made. The walls hadnâ€™t been painted properly. 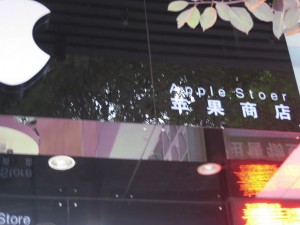 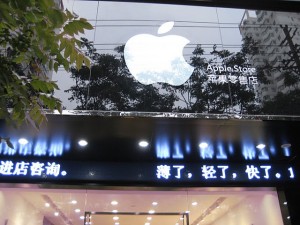 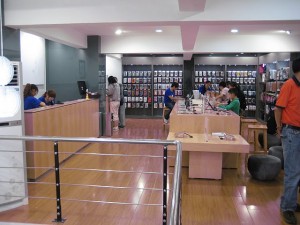 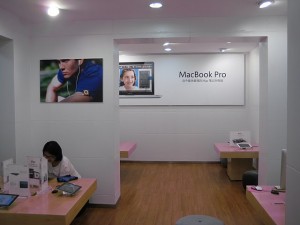 They noticed three “Apple Stores” within close proximity of each other, with all of them staffed by workers that appeared to really believe they were a part of Apple Inc. The detail of each store, down to the signage, product layout, wooden tables, and even posters are very impressive. The couple also mentioned plain-clothes security banned them from taking pictures of the stores, but when they claimed to be visiting Apple employees, it was fair game. 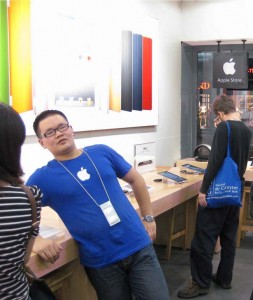 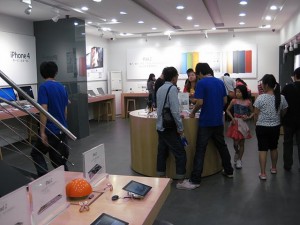 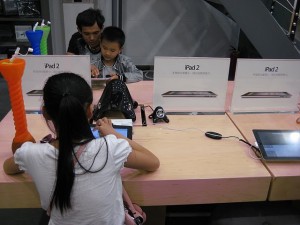 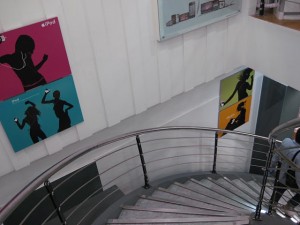 Apple’s legal team is going to be knocking on a few doors in China fairly soon. However, I’m not sure how far they will be able to go because if your product is in China, it’s fair game to be copied. But given Apple’s extensive investment within China, maybe some heads will roll (figuratively speaking of course)?