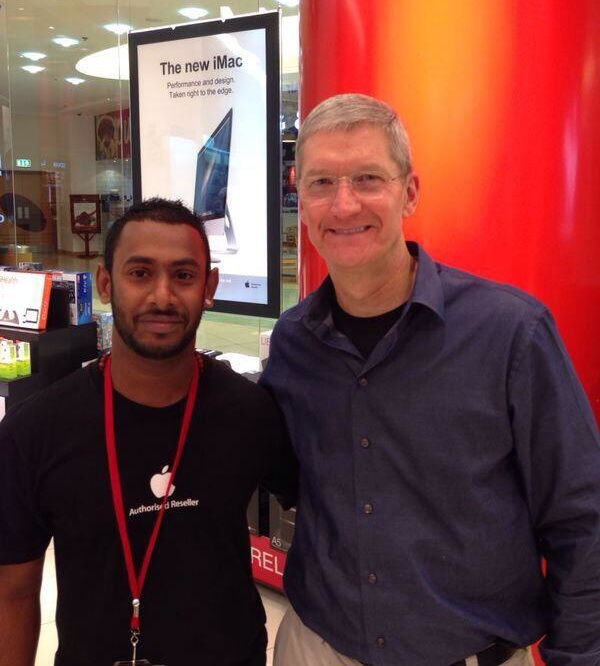 Tbreak media spotted Apple CEO Tim Cook in the United Arab Emirates this weekend, first at the Apple reseller Virgin Megastore in Al Wahdi Mall, Abu Dhabi and then in Dubai at the Dubai Mall, MacRumors is reporting. While the reason for Cook’s visit is unknown, it is being speculated that he may be meeting with relevant parties about the possibility of opening the first Apple retail store in the region.

Shaikh Mohammed and Cook discussed an array of issues regarding future of the IT sector in the backdrop of international transformations and the sector’s role in developing and advancing education.

The source notes that last year, an unconfirmed report had claimed that Apple was making plans to open a major store at The Galleria, a luxury mall in Abu Dhabi that opened late last year, but no additional reports of such a project have yet surfaced.

On the other hand, it is believed that Cook may simply be visiting to check up on the company’s existing reseller network and maintain relationships with the UAE government officials. 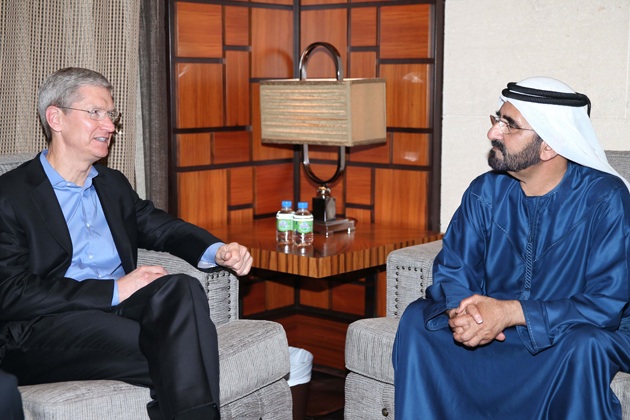 [caption id="attachment_382288" align="aligncenter" width="1920"] Image: @OnLeaks and @Smartprix[/caption] Samsung's upcoming flagship smartphone, the Galaxy S23 Ultra, has just leaked in high-resolution renders that reveal its design and more. The leaked renders come from Smartprix and known tipster @OnLeaks. Samsung is months away from actually unveiling the Galaxy S23 series, which is being developed under the...
Nehal Malik
7 mins ago

Amazon is holding a virtual event right now, announcing new devices this year ahead of the holiday season. The first announcement was the new Kindle Scribe, which is the company’s largest e-reader that now includes writing capabilities. Kindle Scribe has a 10.2-inch 300-ppi HD display that’s also front-lit, and the included pen “never needs charging.” […]
Gary Ng
44 mins ago