Following technology companies including Google and Facebook, Apple CEO Tim Cook has stated that the Cupertino company will also release information about the diversity of its workforce soon, Bloomberg is reporting. “We’ll release the information at some point,” Cook announced at the annual Allen & Co. media and technology conference in Sun Valley, Idaho. 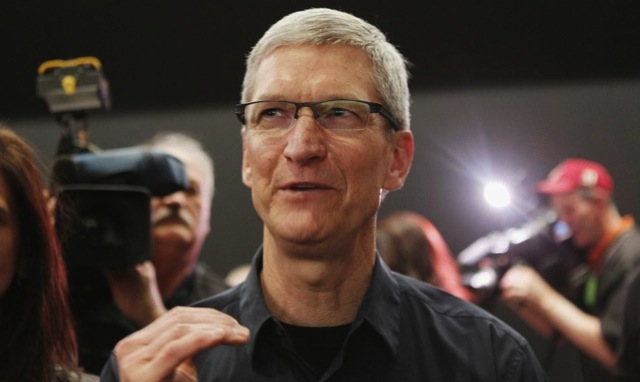 Speaking about criticism faced by Silicon Valley companies for the lack of diversity among its employees, particularly women and minorities, Cook said that Apple is “more focused on actions”, though the company will eventually release its workforce diversity data. Apple has also been pressed by a group of shareholders lately, to diversify its leadership ranks and board, which has one female director.

“Social-networking firms Facebook and Twitter were criticized leading up to their initial public offerings for not having any female directors, which the companies have since taken steps to address. Facebook said on June 25 that its workforce is 31 percent female and that 91 percent are white or Asian. Those numbers were in line with recent disclosures made by Yahoo , Google and LinkedIn.”

Meanwhile, check out this interesting photo of Tim Cook outside the conference hall, telling a reporter using Samsung to ‘get a new phone’.

Today Apple announced its Q1 2023 earnings, reporting $117.2 billion in revenue and net income of $29.9 billion for the December quarter. Revenue was down 5% year-over-year, affected by production disruptions in China due to COVID-19. Apple CEO Tim Cook told Reuters in an interview that production disruptions are essentially over, as they “lasted through […]
Gary Ng
26 mins ago