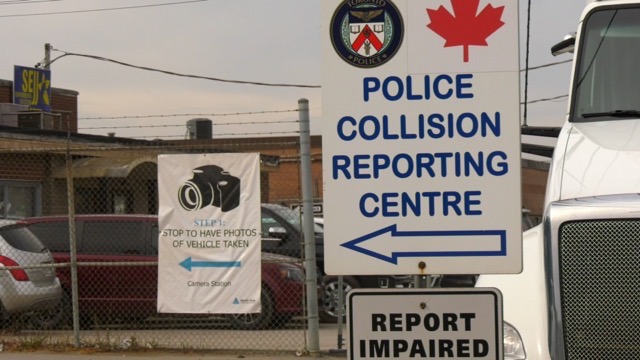 The idea is to get the city and the police more data on crashes and to remove a major barrier to cyclists getting a collision report. “We’re trying to make it easier to report and we want to encourage reporting,” Supt. Scott Baptist said.

“We’re hoping that having this kiosk available will encourage reporting and make sure there’s a better system for everyone involved,” he added.

According to a report to the Toronto Police Services Board, roughly 700 crashes involving cyclists are reported to Toronto Police each year, with a police officer attending over 80% of them.

Lawyer and bicycling advocate David Shellnutt said he’s happy that the collision reporting centre is could soon be online because it could help cyclists get the report they need to access benefits.

But he says much more needs to be done to deter crashes from happening in the first place. “This isn’t a solution to road safety in Toronto. The city needs to get behind consistent and widespread infrastructure.”

The Liberty Village collision reporting centre will open on Jan. 1 at the Toronto Police’s traffic services building on Hanna Avenue. It was meant to open last year but the pandemic closed police stations to the public for months.