Twitter has just announced the launch of Communities to rival the likes of Facebook Groups and Reddit for tweeting with others who share specific interests. According to The Verge, Twitter users will soon be invited to an initial batch of Communities that include #AstroTwitter, #DogTwitter, #SkincareTwitter, and #SoleFood. 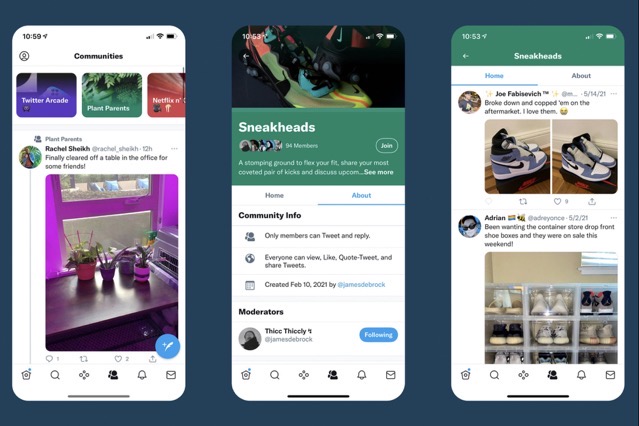 Once users join a Twitter Community, they can tweet directly to other members rather than to just their followers. Only members of a Community can like or reply to tweets sent by other members.

Each Twitter Community will have its own moderators who are able to set rules and invite or remove people, much like how groups on Facebook and Reddit’s subreddits work. Twitter has invited a handful of users to create the first Communities and will soon let anyone apply to create their own on its website.

“Communities are just invite-only for now, but we’re working on ways for people to discover and join Communities they want to be a part of,” the company said in a statement. That makes Communities harder to join than subreddits or public groups on Facebook. Twitter is also approving moderators to start.

Those who have access to Communities on iOS can access them through the tab on the navigation bar, while users on the web will see a Communities tab on the sidebar.

Let us know if you have been invited to Twitter Communities in the comments section below.