Twitter to Label COVID-19 Vaccine Misinformation and Dole Out Strikes

Twitter will be taking COVID-19 vaccine misinformation very seriously on the platform. As noted by the company, as vaccines continue to be distributed, Twitter will be ensuring the only accurate information is presented on the social media platform.

In a blog post, Twitter had shared its plans to label misleading COVID-19 vaccine content on the platform. The extent of the label will go as far as to link to relevant information sourced from official health-related bodies such as the CDC. Twitter will be enforcing compliance on the platform by giving users a five strike system to not only warn the user but also educate them. 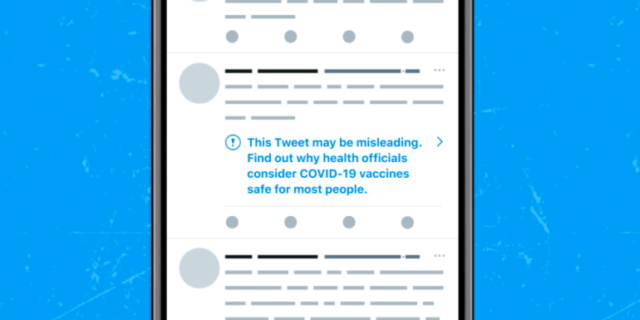 As shown by Twitter, the label will be placed on identifiably misleading content published on the platform. To start, the labels will be managed by Twitter Saftey team members who will review such posts and determine if the content violates the company’s policies. The long-term goal, however, is to use both AI machine learning and human reviews to be efficient while also accurate. For now, English-based content will be reviewed but Twitter’s team will be expanding to “other languages and cultural contexts over time.”

When it comes to the strike system, Twitter is implementing a fair five strike policy. Those who fail to comply with Twitter’s policies will eventually have their account permanently suspended. The new strike policy is similar to Twitter’s Civil Integrity policy, where Twitter will notify users when their content breaks TOS and hope to educate them and make them reconsider their impact on the platform. A break down of the strike policy is as followed:

The new policy has already been put in place. In addition to enforcing new rules on Twitter, the company is also continuing to partner with credible health information experts. This initiative includes finding reliable information to place on the platform, pro bono advertising to non-profits, conducting Q&A sessions with health officials, and partnering with health officials to create emojis and hashtags such as #StayHome.