Twitter to Comply with Elon Musk’s Request for Spam and Bot Data: Report 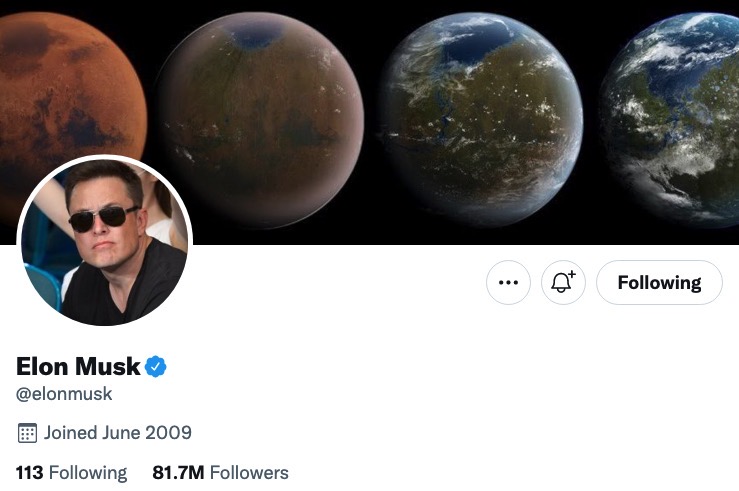 The Twitter “firehose”, which consists of 500 million daily tweets, will be provided to Musk, who earlier this week threatened to walk away from the $44 billion deal, citing a “material breach” by the social network, for refusing to share internal bot user data.

Sources note “firehose” data could be provided as soon as this week. There are roughly 24 companies that pay Twitter for access to this information, which details real-time tweets, where they are from and by what device.

According to the Tesla and SpaceX CEO’s legal team, learning about bot and spam activity on Twitter is important as the latter can affect a company’s ad revenue.

Analysts have suspected Musk may be leveraging the lack of access to spam and bot data as one way to pull out of the deal or renegotiate.

“Twitter has and will continue to cooperatively share information with Mr. Musk to consummate the transaction in accordance with the terms of the merger agreement. We believe this agreement is in the best interest of all shareholders. We intend to close the transaction and enforce the merger agreement at the agreed price and terms,” said the company in a statement to the Post.

While Twitter has claimed spam and bot users make up less than 5% of its userbase, other researchers claim the number could be double or triple that amount. The number of authentic users is important to accurately derive how much ad revenue could be earned by the social network, and to show how many real humans would see advertisements.

Musk will put $33 billion of his own wealth to acquire Twitter, primarily funded by his shares in Tesla.

Apple has shared a new Shot on iPhone 14 Pro short film on its YouTube channel today, called ‘Fursat’ by director Vishal Bhardwaj. The 30-minute short film is described as “a magical story about a man so obsessed with controlling the future that he risks losing what he holds most precious in the present. Bhardwaj […]
Gary Ng
10 mins ago

Just two months after its launch, OpenAI's ChatGPT has reached 100 million monthly active users making it the fastest-growing consumer app ever, Reuters is reporting. In comparison, it took TikTok about nine months after its global launch to reach 100 million users and Instagram 2 and a half years. According to a UBS study citing data...
Usman Qureshi
51 mins ago