After rolling out an in-app ‘call 911’ button in the United States for riders yesterday, Uber has announced this morning the same feature will launch in Canada, rolling out nationwide today in the company’s iOS and Android apps.

Also new are Trusted Contacts, where riders will be able to designate up to five friends and family, where your location can be shared with during every ride. Preferences can be customized to only share evening rides as well. 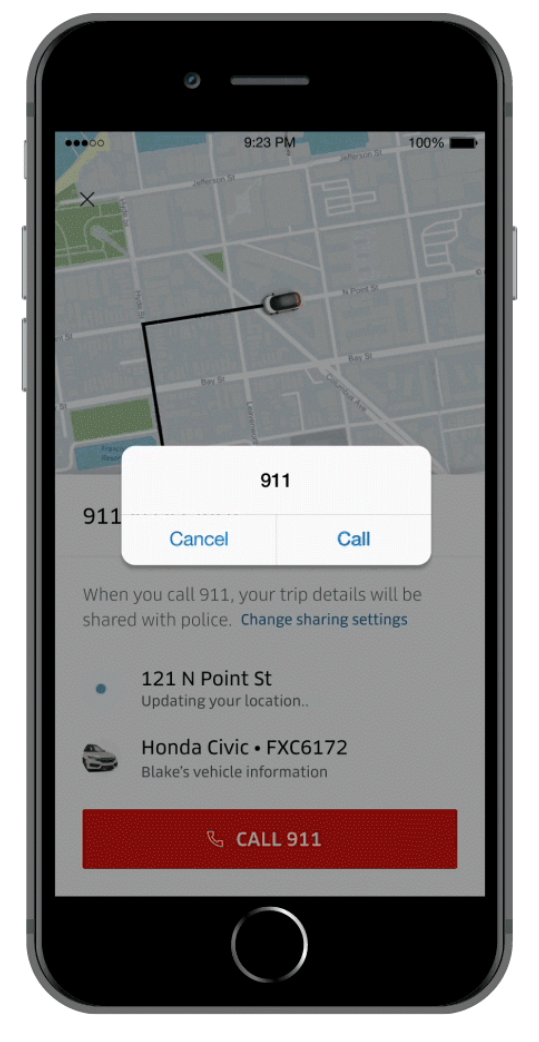 Screenshot of 911 calling feature; Location sharing with authorities not available in Canada yet

There is also a new Safety Centre, which offers all of Uber’s resources in one place, such as safety tips, contact emergency services, learning about the company’s driver screening process, and more.

The new emergency assistance feature will let Uber riders in Canada call 911 within the app, with just one tap. Riders will receive an immediate prompt to share their status with Trusted Contacts to let them know your location. Uber explains real-time location sharing with emergency services aren’t available in Canada, yet.

In an emailed statement to iPhone in Canada, Uber Canada said “Helping keep people safe is a huge responsibility, and one we do not take lightly. That’s why we are committed to putting safety at the core of everything we do. Our latest features double down on safety in our app and we will continue to work to strengthen our safety practices.”