Shipping times have finally slipped on all unlocked colour variations of iPhone 5c models from Apple in its Canadian online store, now at 3-5 business days, instead of showing “delivers by 9/20-9/24”. This means the initial stock of pre-orders allotted for Canada have sold out.

It has taken six days for this to change, much longer than other stores such as the US online store. Most likely Apple is able to keep up with demand with the iPhone 5c due to having ample supply of components, which are from the iPhone 5 (demand for an unlocked iPhone 5c seems lower in Canada it seems). 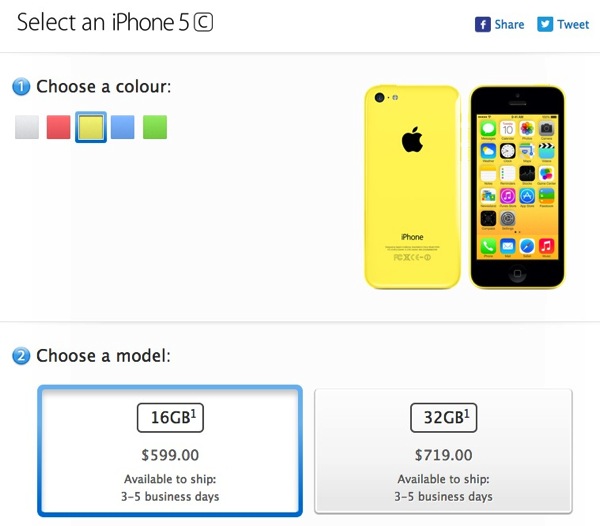 Yesterday we noted iPhone 5c case shipping times improved to 1-3 days while docks also are now shipping within 24 hours. The iPhone 5c and iPhone 5s are set to launch this Friday, September 20; initial reviews by the press have been quite positive overall.

In the neverending sage between Microsoft and U.K. regulators, the UK’s Competition and Markets Authority (CMA) has published its provisional conclusion and suggests Microsoft remove Call of Duty from its proposed $68.7 billion USD (roughly $94 billion CAD) acquisition of Activision Blizzard. The U.K. regulators believe that Microsoft's successful acquisition could “result in higher prices,...
Steve Vegvari
12 mins ago

Tesla CEO has announced his intentions of outlining a third iteration of his 'Master Plan' for the company. Nearly a full year after stating he was working on a new plan, Musk aims to produce an outline for a more sustainable future. In a Tweet, Musk stated, "Master Plan 3, the path to a fully...
Steve Vegvari
48 mins ago