Walmart Launches Mobile Check-In for Grocery Pickup, Which Expands to 22 Locations [u]

Walmart Canada has announced the launch of a new feature for grocery pickup called Mobile Check-in, which allows customers to notify staff “with a single tap” 30 minutes ahead of their scheduled arrival pickup time for groceries. 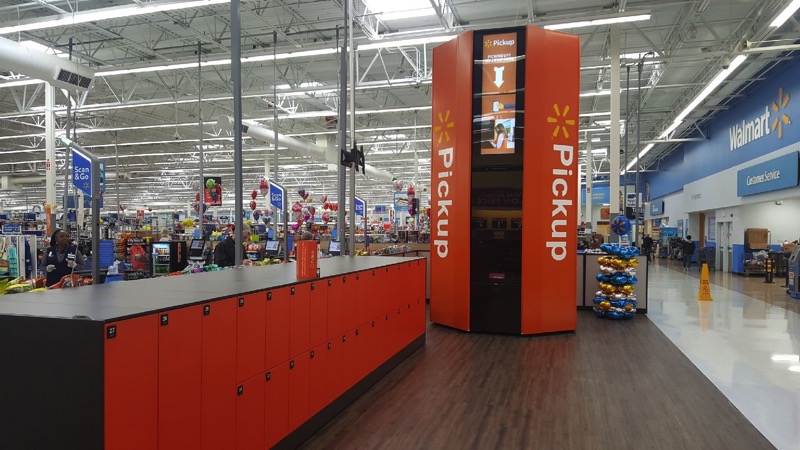 Walmart has also announced Pickup Towers are coming in early 2019, with test markets set in Oakville and Mississauga in Ontario. These 16-foot towers can dispense a customer’s online general merchandise order “in less than a minute,” serving as a quick and efficient way for customers to pickup online orders.

“Walmart is always looking for innovative approaches to help our customers save time and money and we’re constantly trying new things,” said Lee Tappenden, president and CEO of Walmart Canada, in a statement. “We’re thrilled to offer the Mobile Check-in technology to customers, potentially shaving valuable minutes off their online grocery pickup experience. Early next year we’ll also trial Pickup Towers – another way we are using our stores to offer convenience and time-saving options to our customers.”

Walmart has a minimum $50 spend before taxes for online grocery orders, which can be made using the Walmart iOS app. When a customer arrives in a designated parking spot, employees load groceries into a customer’s vehicle.