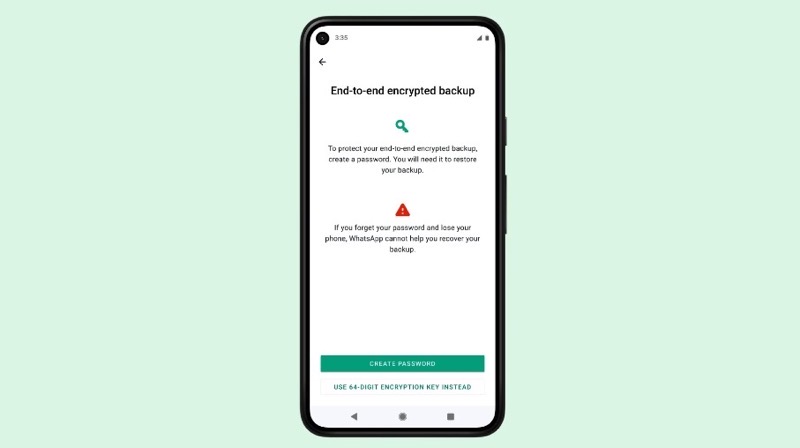 WhatsApp added end-to-end encryption for chats five years ago, and today the company is rolling out encrypted end-to-end backups for iPhone and Android users.

“Starting today, we are making available an extra, optional layer of security to protect backups stored on Google Drive or iCloud with end-to-end encryption,” announced WhatsApp in a blog post.

“No other global messaging service at this scale provides this level of security for their users’ messages, media, voice messages, video calls, and chat backups,” touted the Facebook-owned company.

WhatsApp says backups can be secured with a password of your choosing or a 64-digit encryption key, only available to you.

“Neither WhatsApp nor your backup service provider will be able to read your backups or access the key required to unlock it,” added the company.

WhatsApp says today its end-to-end encryption for chats “protects over 100 billion messages a day as they travel between more than 2 billion users.”

The company says end-to-end encrypted backups are rolling out slowly for those using the latest version of WhatsApp on iOS and Android.

“Proud of the team for continuing to lead on security for your private conversations,” added Facebook CEO Mark Zuckerberg today.