WhatsApp today has announced a new web browser client to allow users to chat and browse conversations mirrored from their smartphone. The service will be available to Android, Windows Phone, BlackBerry and BlackBerry 10 users.

What about iOS users you say? They are excluded because of what the company says are “limitations” of Apple’s platform, without going into specifics:

Unfortunately for now, we will not be able to provide web client to our iOS users due to Apple platform limitations.

For others though, all they need to do is connect their web browser to WhatsApp by using Chrome. Here, a QR code is scanned by WhatsApp on your smartphone to make the pairing. 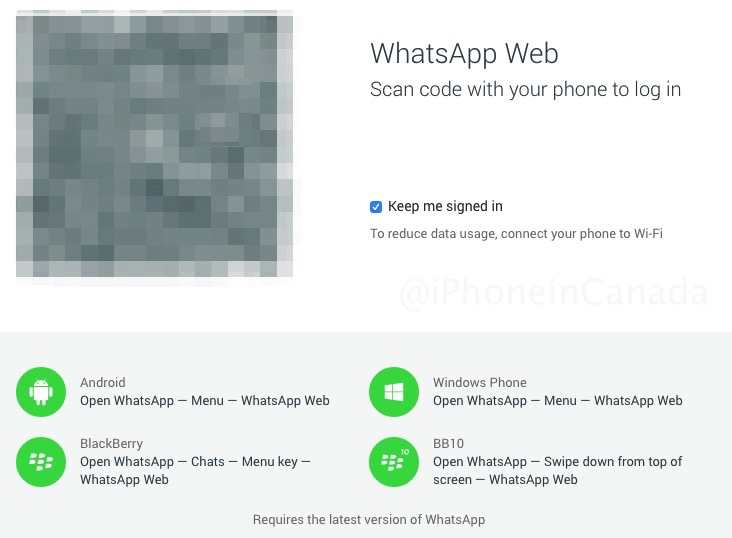 In order for the web client to work, your phone needs to stay connected to the internet and also be using the latest version of WhatsApp. If you’re going to try this out, let us know how it works for you. Hopefully one day iOS users will be able to use WhatsApp on the web.