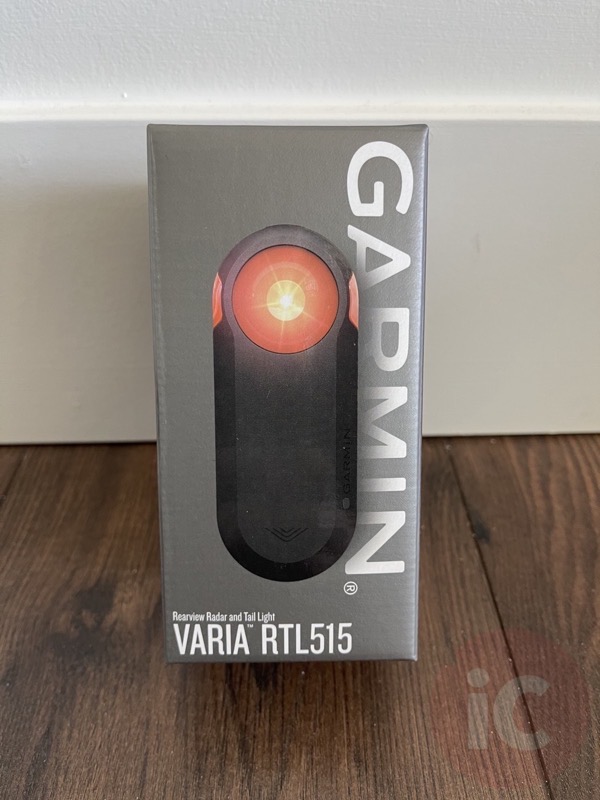 If you’re a fair-weather cyclist, the prime spring and upcoming summer riding season is upon us. If you’re planning more solo rides again due to COVID-19, Garmin’s Varia RTL515 cycling radar is one riding buddy you’ll want to take with you.

Garmin sent us the RTL515 cycling radar to check out, and it’s definitely made riding solo feel safer, as the unit not only combines a bright light visible to cars, but it alerts you in real-time when cars are approaching from behind and the exact moment they are passing you, plus a rating of the vehicle’s speed.

Let’s find out what’s in the box, then we’ll dive into the features of the Varia RTL515.

Inside the box, you’ll find the Varia radar/light unit, a micro-USB cable, mount, plus three different shims for your seat post (D-shaped, aero, round) and two O-rings. 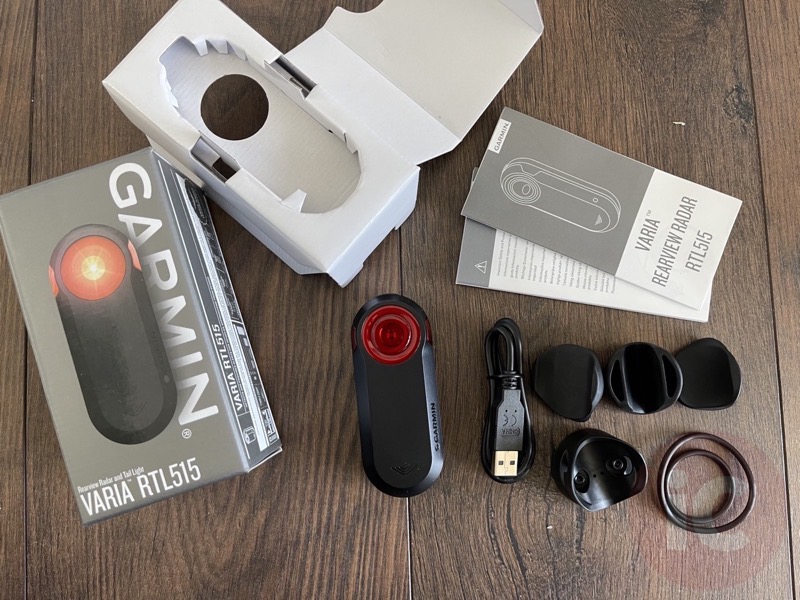 Here’s a closer look at the front of the Garmin Varia RTL515. The light is very bright, has four flash modes and can be seen as far as 1.6 kilometres (1 mile) away, says Garmin. 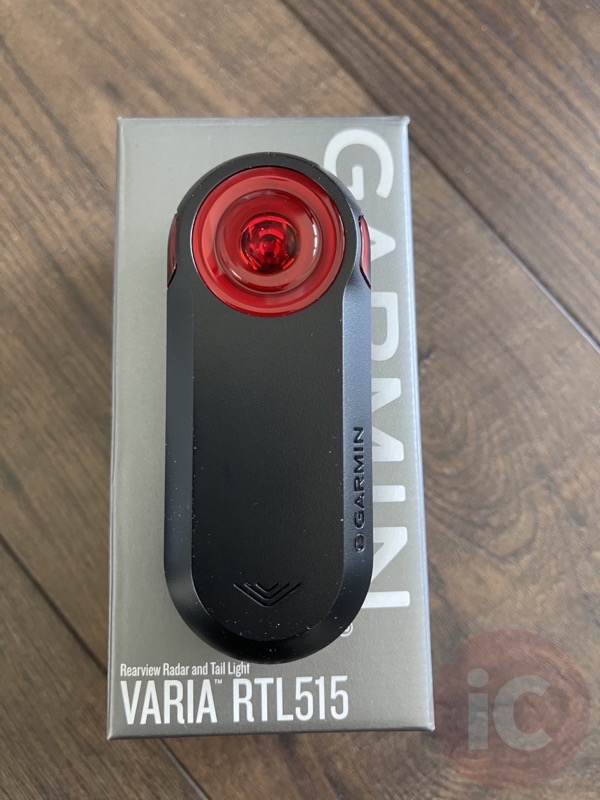 The Varia RTL515 is fairly compact for a built-in radar unit with light. The back has the standard quarter-turn mount: 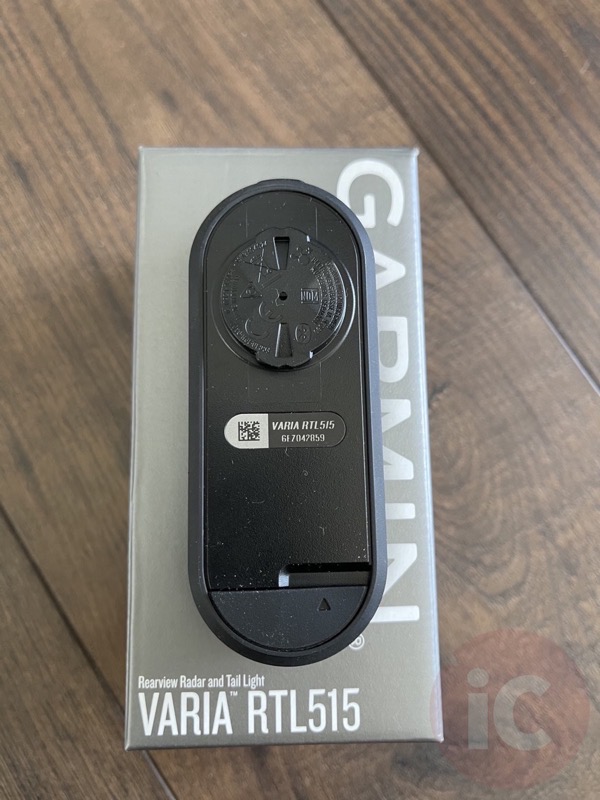 From the side, the flashing LED can be seen as well: 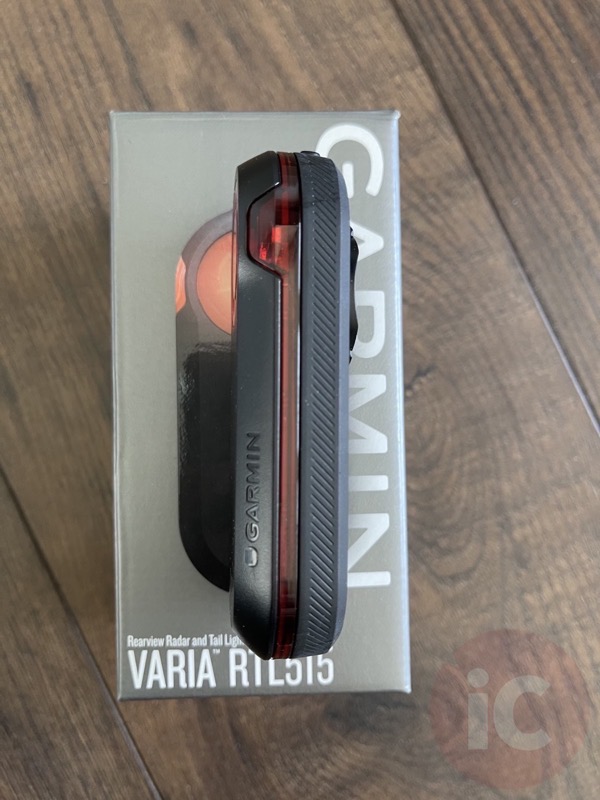 …from both left and right sides, to let drivers and pedestrians see you: 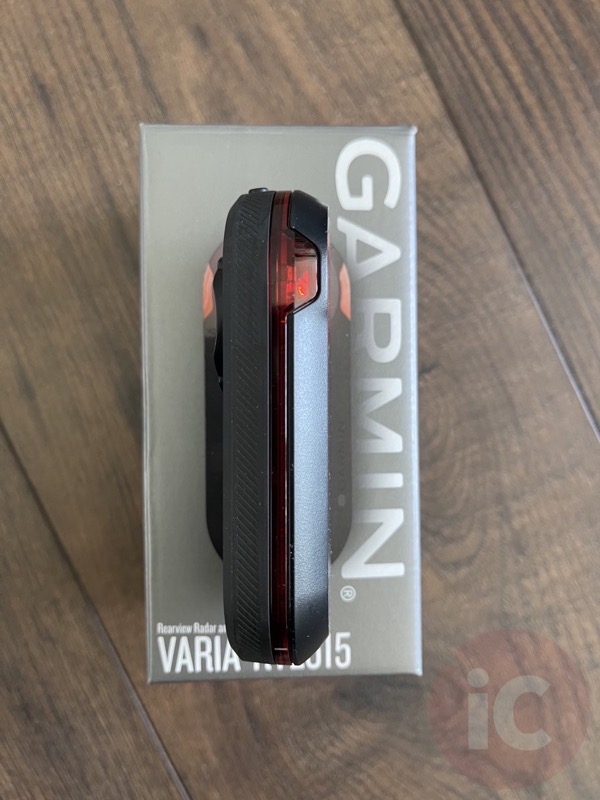 Here’s the micro USB charging port. There’s a weatherproof cover to seal it away and it does stay fairly well in place: 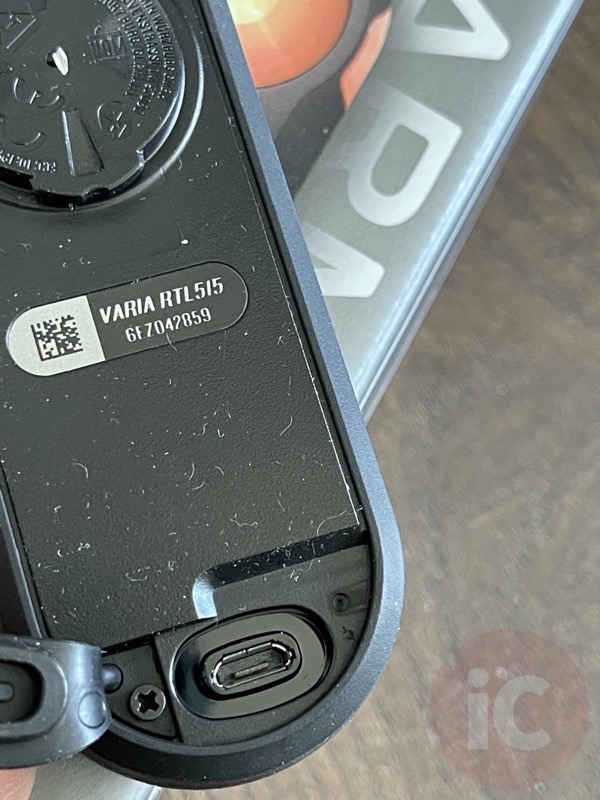 Here’s a closer look at the seat post mount shims: 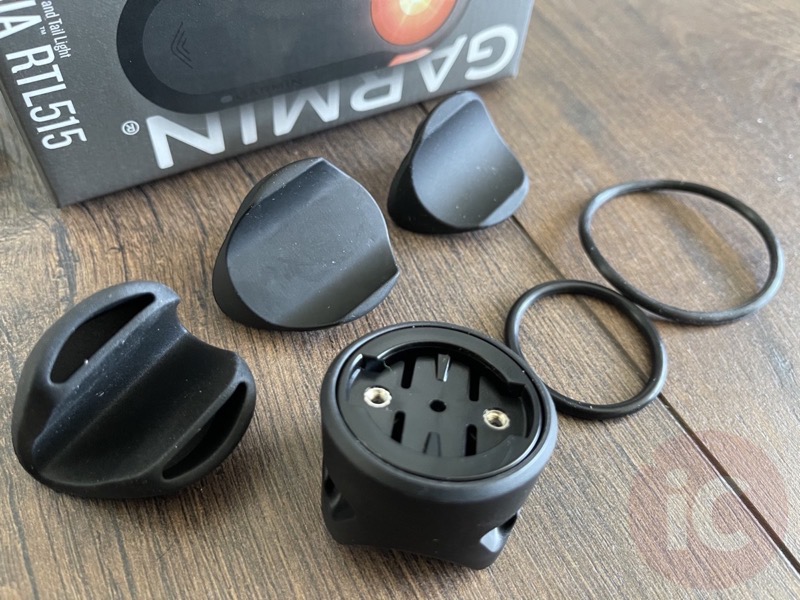 Installation of the seat post mount was very straight forward, but at the same time, just using an O-ring to secure your Garmin Varia RTL515 to your seat post may seem daunting, but it’s a relatively snug fit that should not fall off: 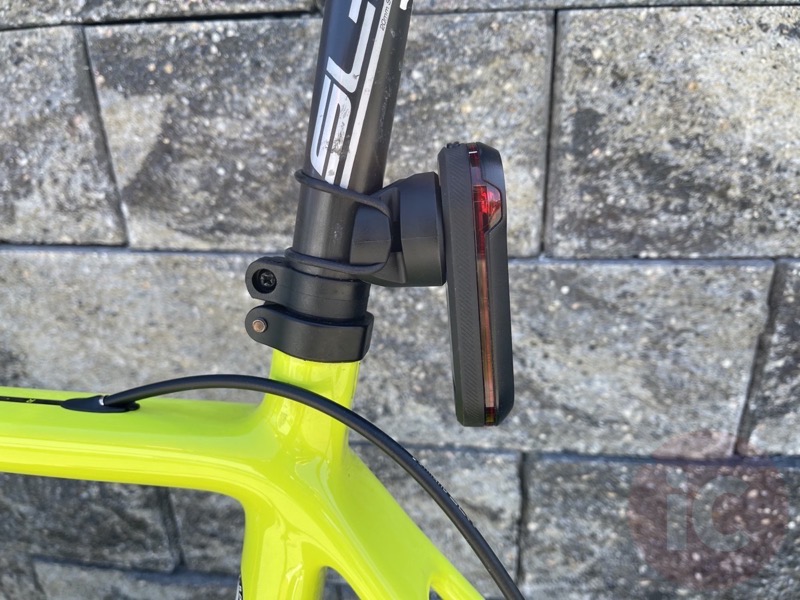 Setting up the Varia RTL515 was straightforward. There’s a button on top of the unit you press and hold to enter pairing mode. From here, connect it to your iPhone or Android device via Bluetooth settings. Then you’ll be able to use the cycling radar with the Garmin Varia iOS or Android app.

Totally agree that the Varia Radar is a game-changer. Garmin sells an after-market seat post mount that is more secure than the o-ring mount. It’s backordered on the Garmin site, but you can buy it here: https://t.co/7EK5BIU7rc

For those connecting the Varia RTL515 to their cycling GPS, head to ‘add sensor’ if you’re using a Garmin, then search for the ‘Radar’ to add it. 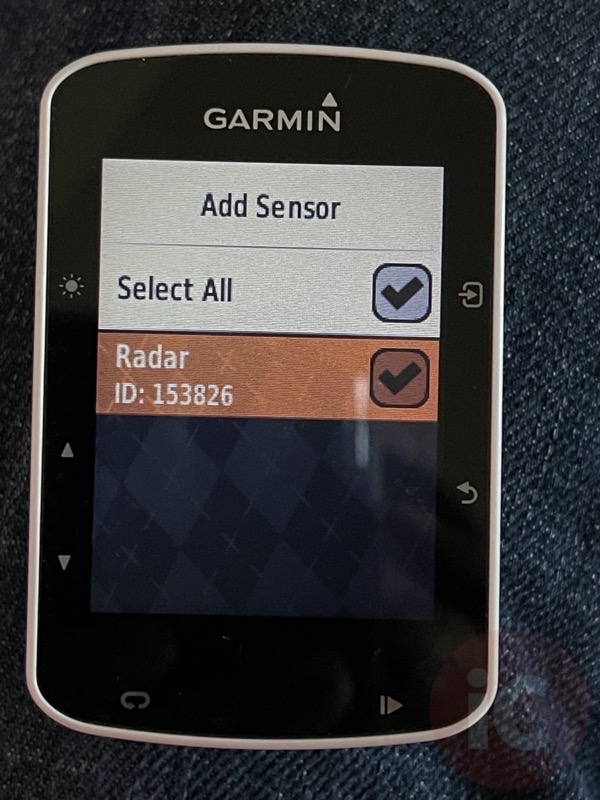 According to Garmin, you should have the Varia RTL515 mounted as high on your seat post as possible, for cars to see the bright LED, plus for the micro radar to do its job of detecting cars. So don’t install it as low as I did here: 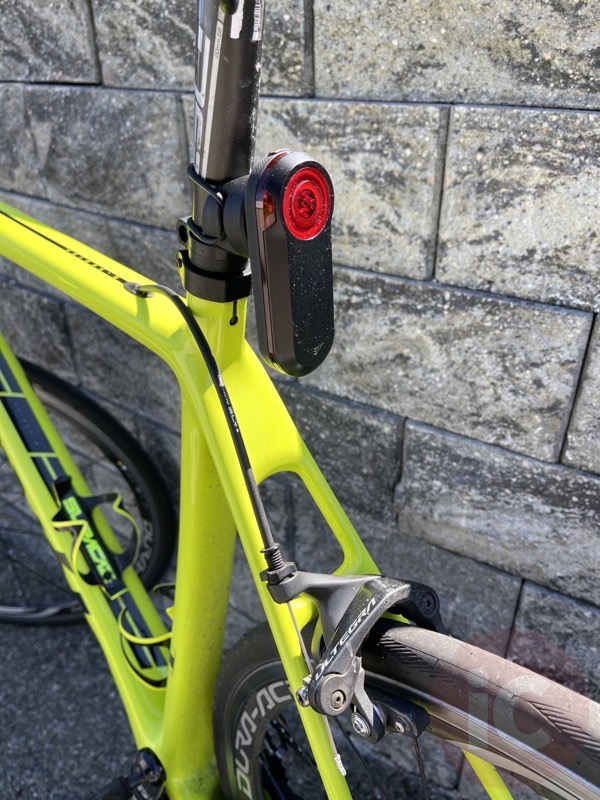 Here’s another shot from the side: 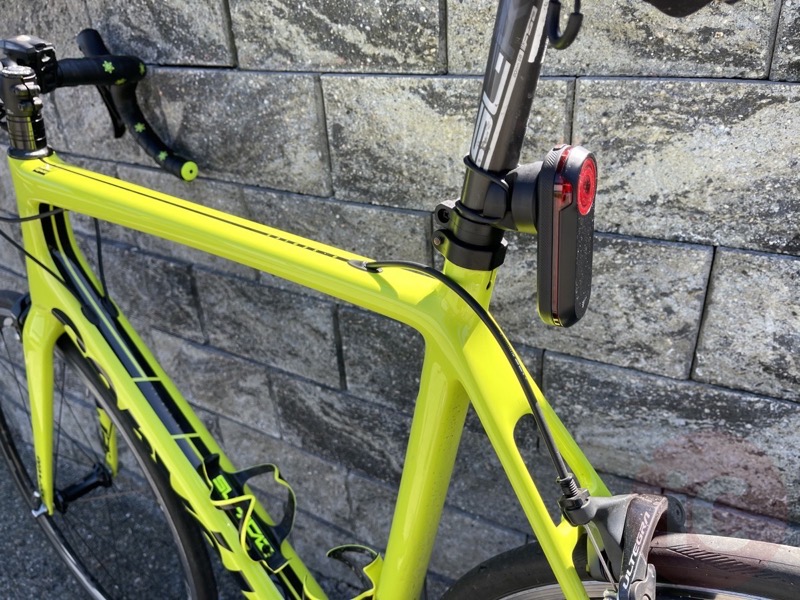 What’s really cool about the Varia RTL515 is the micro radar, as it can detect oncoming cars from up to 140 metres away. When spots a car, it’ll show as a vehicle within the Garmin Varia mobile app, plus the latter will show where the car is in real-time, in relation to your position.

You’ll get an audible alert that a first car has been detected, then you can watch the car move as it approaches you, then eventually passes you. It’s basically like having eyes on the back of your head, but eagle eyes.

The implementation on your Garmin will show colour bars on both sides of the display (you can pick your preference in settings) when a car is detected and approaching. You can pick either the left or right side of your display to see radar information.

There’s a ‘threat level’ based on how fast cars are approaching you. Red means a car is coming at you very fast, amber shows a vehicle is approaching and green means no cars are detected. These colours allow you to quickly determine with a glance what’s happening behind you. You can see up to three ‘dots’ representing cars on your Garmin’s display, which is really cool.

The Varia RTL515 doesn’t just track cars, but any moving object behind you, which could also mean a cyclist as well, if it’s moving at a different rate of speed than you. 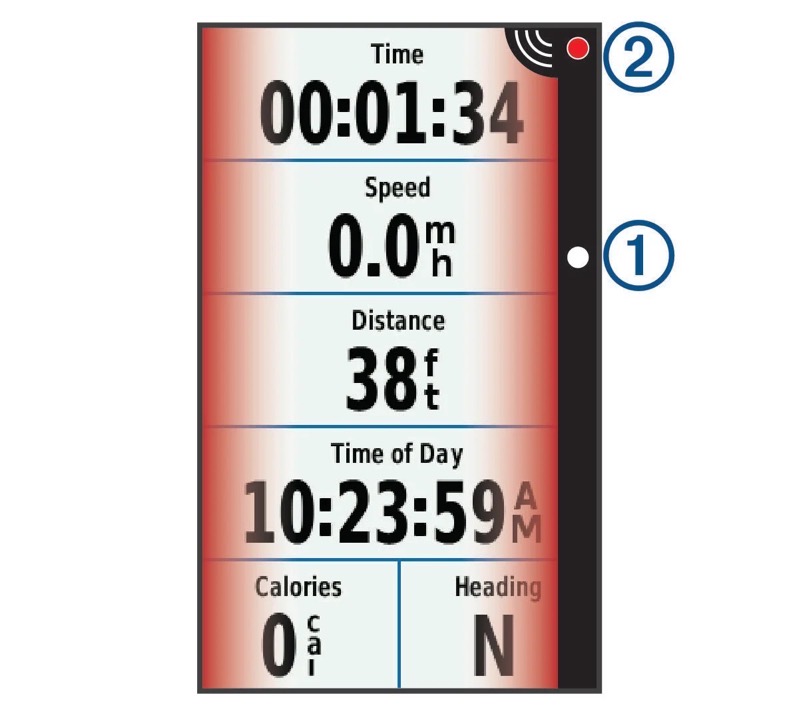 If you’re riding in the city and there’s tonnes of traffic, the Varia RTL515 will overwhelm you with constant alerts, so that’s not the ideal situation for radar.

Where it comes in really handy is when you’re riding on rural roads, as it will let you know when a car is creeping up behind you. If you’re riding fast or it’s a windy day, you can’t hear cars behind you until the last minute. But with the Varia, you can detect them 140 metres away, so you can ride accordingly based on the ‘threat level’.

During our test ride with the Garmin Varia RTL515, it was like riding with a cheat code, knowing well in advance that cars were approaching and their rates of speed. If there’s a ‘red’ threat level, you can prepare yourself and hug the shoulder more, to stay away from speeding drivers.

It was especially helpful when riding on narrower rural roads that did not have much of a shoulder at all, as we were alerted when cars were coming up from behind. Riding into a headwind, with wind racing past our ears, the Varia RTL515’s vehicle alerts were priceless, making us feel safer on the road.

Now, there are four taillight modes with the Varia RTL515 and each one acts differently when a car approaches you. We’re happy to see the Peloton mode so your cycling mates don’t get blinded by your light:

I normally ride with a Bontrager Flare R tail light, which is one of the best lights you can have, as it can be seen from over 2 kilometres away. The Flare R usually results in drivers giving me more room as they pass, and with the Varia RTL515 on day flash, I similarly found drivers giving me extra room when passing.

When the coast is clear, you’ll see the colour green on the sides of your Garmin, as seen below: 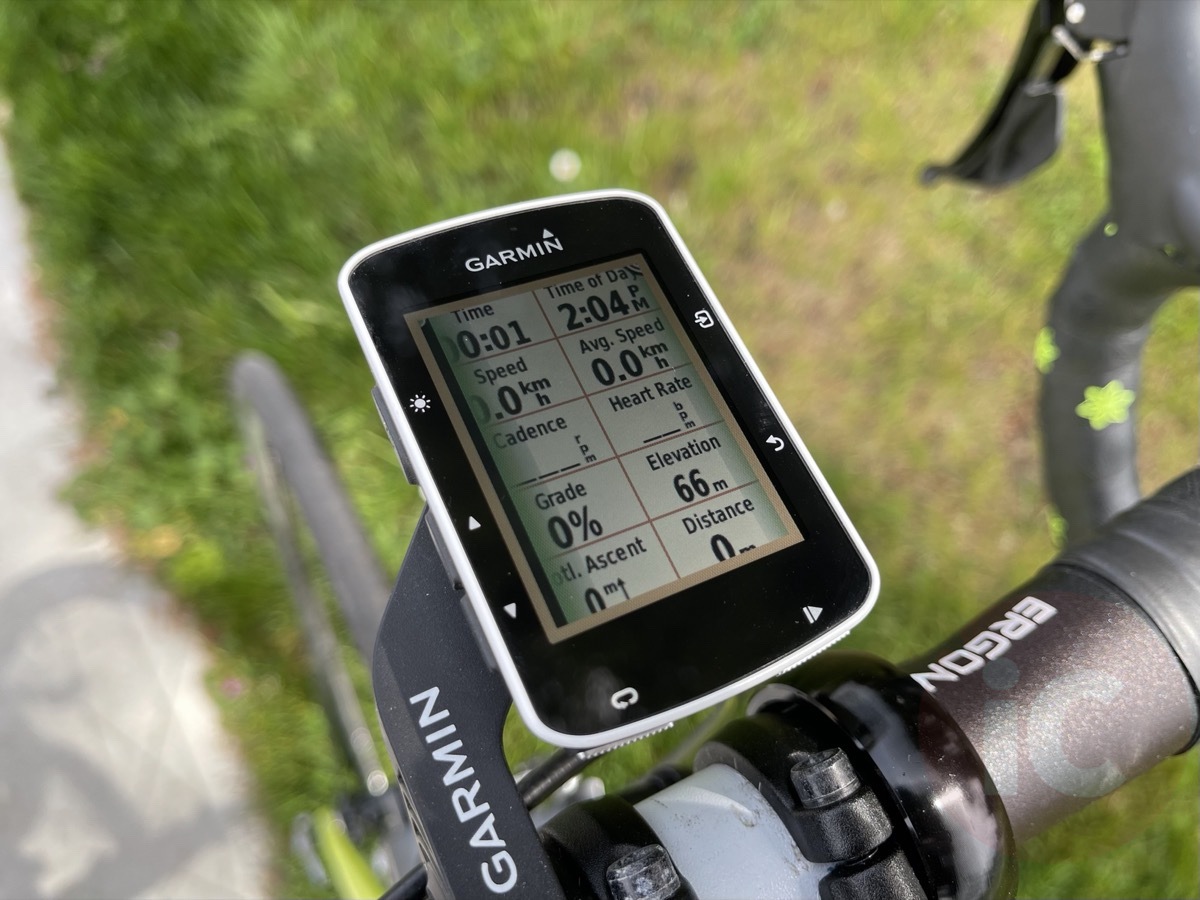 When cars are detected by the radar, you’ll hear an audible alert. Dots will show on the left or right (depending on your preference) representing the cars moving in real-time as they come closer to you. You’re able to watch the dot head closer to the top of your display, meaning the car is soon set to overtake you: 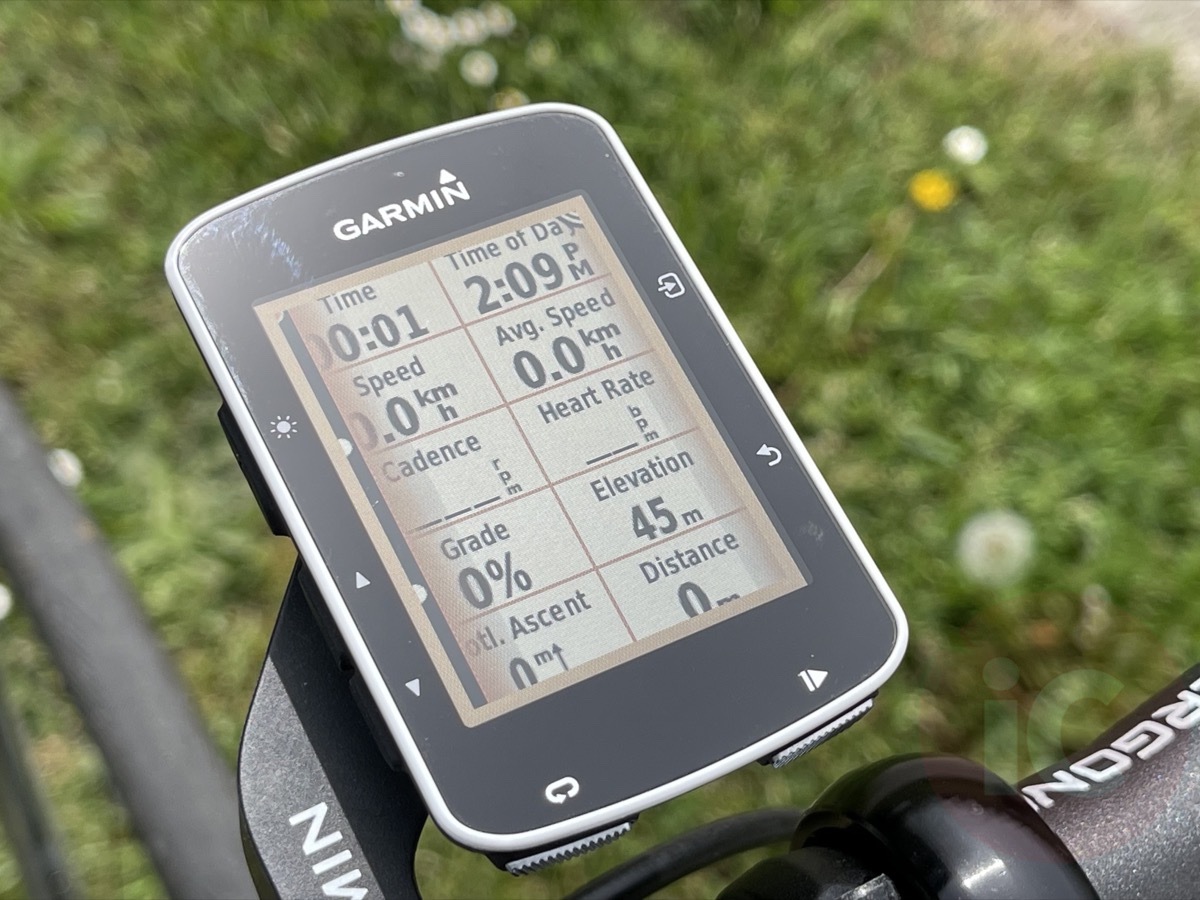 If you’re using the Garmin Vario iOS app, here’s how it will look on your iPhone. Again, when the radar detects a car, you’ll hear an alert tone. The top colour will change to represent the speed of vehicle(s) heading your way. You can see up to three cars on the display moving in real-time, just like you would on your Garmin:

As for battery life, the Varia RTL515 offers up to 16 hours on day flash mode and 6 hours in solid mode. We haven’t pushed the Varia’s battery life to the limit yet, but we’re never going to ride 16 hours in a day. We did notice what appeared to be some extra battery drain on our aging Garmin Edge 520 while connected to the Varia RTL515.

At the price of $299 CAD, the Varia RTL515 is definitely not cheap. The o-ring for the mount doesn’t exactly give us peace of mind, as we’d hate for the Varia to detach if we’re riding on bumpy roads. Some zip ties might be your friend, though.

If you’re set on doing more solo riding and especially on backroads, the Varia’s radar is some serious next-level tech. While it may not protect you from a crazy driver, it can let you know a fast car is approaching, while the extremely bright red tail light screams out your position on the road. Definitely recommended for you and the cyclists in your life.

Click here to buy the Garmin Varia on Amazon.ca.