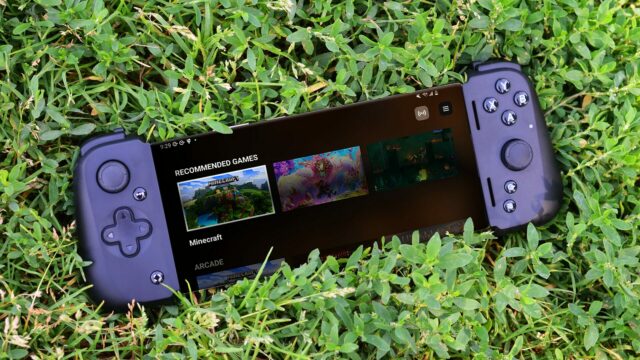 In the advent of cloud gaming, there’s never been a greater need for a quality console-like controller than now. Razer’s Kishi has become synonymous with mobile gaming and now the company’s Kishi V2 is providing some design improvements while retaining the same overall experience.

The original Razer Kishi first launched in 2020 when the mobile gaming space required access to more demanding controls over touch functionality, Razer stepped in with its Switch-like controller. Thus, subscribers to Xbox Cloud Gaming, users of PlayStation Remote Play and other services could feel empowered by having similar functionality from their consoles on their mobile phones.

Razer has one direct competitor in the market and that is Backbone and its similar Backbone One controller. The Razer Kishi V2 hoped to offer design improvements that put it more in line with the Backbone One. The new controller provides comfort in a lightweight design so longer play sessions can be made without strain. Plus, Razer has added some notable customization options, including programable shoulder bumpers. However, even at its accessible $129 CAD price point, the Razer Kishi V2 doesn’t demand an upgrade if you still love your original Kishi controller.

Out of the box

The immediate thing that stood out to me upon unpacking the Razer Kishi V2 is its form factor. Once again, Razer maintains a small, yet elegant design, which is perfect for bringing the Kishi with you on the go. When not attached to a phone, the Kishi V2 measures in at 3.6 x 7.1 x 1.3-inches. Much like its predecessor, the Razor Kishi V2 features an expandable bridge to fit an assortment of phones. However, do note that currently, Razer only offers an Android model of the Kishi V2. An iPhone model is expected to launch later this year. 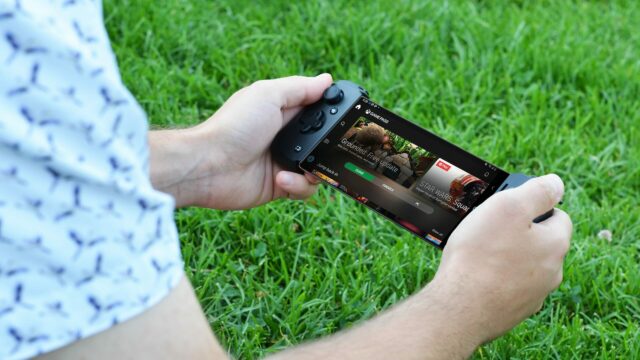 The Kishi V2 is able to support a wide variety of USB-C-connected Android devices. This includes Samsung’s Galaxy phones going all the way back to the S8 through to this year’s S22. Google’s contemporary Pixel phones and even older models through to the Pixel 2 are also compatible. Razer even includes a rubber bumper to assist compatibility. Even devices with larger camera bumps should be able to fit snugly. Razer notes that devices with up to 11.5mm in thickness and 6.69-inches in length are supported.

If the Kishi is brand new to you, you’ll notice the immediate mirroring of console controllers. The Kishi V2 features off-set thumbsticks. Additionally, you’ll find four face buttons, a D-Pad, back triggers, shoulder buttons and newly implemented programmable bumpers. Finally, the controller features a menu button, share button, and button for the newly added Nexus app. Thankfully, there is also a USB-C charging passthrough option so I never had to remove my Galaxy S20 Ultra when the battery got low.

Of course, much of what the Kishi V2 offers is how it enables a console-like experience. The controller is designed to replicate the console experience as much as possible for mobile gamers. Naturally, it’s hard not to compare the playstyle to the Nintendo Switch. Even down to the layout of the thumbsticks, the Kishi is very reminiscent of the Joy-Cons or Xbox controller. For PlayStation users, who are accustomed to symmetrical thumbsticks, you may not feel quite as much at home. Nonetheless, the Kishi V2 felt quite comfortable in my hands once I began playing.

As far as the playability experience goes, it is widely dependent on the type of game and the platform you are playing on. Input lag from the Kishi V2 is fairly minimal. Therefore, a lot of that latency will come down to whether you are playing on the cloud, remotely, or natively via an installed game. The thumbsticks do feel responsive but don’t offer the same accuracy I’m used to on a console or PC. 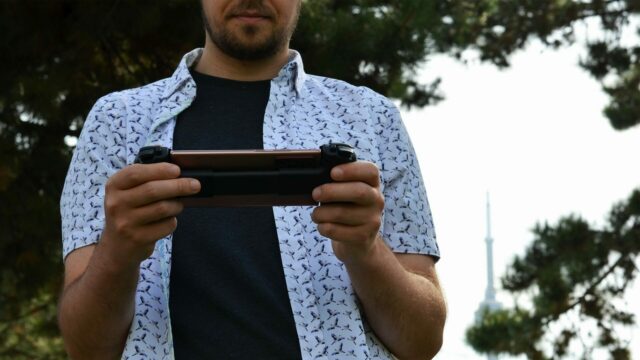 For instance, while playing Fortnite, the steadiness and pixel-perfect aim I desire weren’t achievable. Mobile has never been the platform for competitive FPS play. Unfortunately, the Kishi V2 isn’t able to elevate multiplayer shooters to where I’d like them on mobile. However, I’ve fallen in love with playing slower-paced titles with more forgiving controls on my Kishi V2. Ones that may not demand intensive response times and twitchy aim. For instance, I’ve played the latter parts of INTERIOR/NIGHT’s As Dusk Falls via Xbox Cloud Gaming. This choice-based narrative game is ripe for playing on the go. Minecraft has also been another enjoyable title on mobile. PlayStation’s Remote Play feature and similarly, native play, have also been stable and quite enjoyable.

The Kishi V2 by in large feels good and responsive. The triggers, shoulder buttons, and D-Pad all have reasonable resistance so I find they feel good when playing games or using them to navigate menus. The inclusion of the programmable bumpers is a novel addition. However, I’ve yet to find an excuse to use them. They serve as a nice option but additional paddles and bumpers typically service competitive play. Once again, the mobile space isn’t quite realized. Therefore, it’s a feature that’ll likely get overlooked by me over time.

Another major addition is the integration of the Razer Nexus app. This app serves as a hub for players, unifying the various games, apps, and core features Kishi users can take advantage of. Razer aims to provide an all-in-one experience plus provide measures to stream games and take screenshots of your favourite titles. 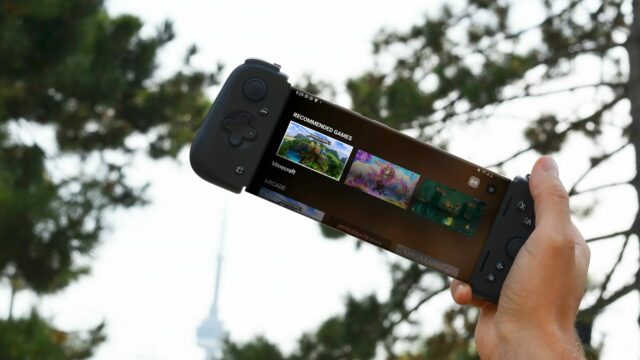 In some ways, the Nexus app realizes that goal Razer had in mind. With a click of a button, I was taken to the app, where I found my installed Kishi-compatible games. On top of that, I was recommended other titles from the Google Play Store I could install. Unfortunately, but understandably, the Nexus app doesn’t include titles from third-party platforms.

If streaming is in your wheelhouse, Razer’s app makes it easy to link to YouTube and Facebook to seamlessly start live streaming. Twitch support is said to be in the works for later this year.

The Nexus app is ultimately easy to overlook. The added benefits of cataloging all installed games don’t outweigh its lack of reliability. Oftentimes, when booting the app, it was slow and unresponsive to navigate. Launching a game from the app usually took longer than from my phone’s home screen. Also, the app lacks now-essential features like friends lists and party chat.

The Razer Kishi V2 is a worthy investment for anyone exploring options in the cloud gaming space. As mobile gaming becomes more advanced and accessible, the Kishi V2 enables a higher level of play aside from touch controls. It’s able to effectively replicate the console-controller experience. However, there are minor limitations when it comes to its inputs and accuracy. It’s not entirely 1:1 to a controller on a console or PC.

The Kishi V2 is a great entry into a mobile controller. With the Backbone currently only supporting iPhone, this is a great option for Android-specific users. However, for those that have the original Kishi, it’s hard to recommend the immediate upgrade. The new shoulder bumpers are a nice addition but don’t change the playing field of mobile gaming. Plus, the Nexus app integration isn’t fully fleshed out just yet.

The Razer Kishi V2 is available in Canada for $129.