From the makers of FREEDOM Bluetooth / NFC headphones and the DISCO TWIN Bluetooth wireless speakers comes another simple, yet highly functional Bluetooth gadget called the SuperTooth HD, a voice controlled hands-free car kit that requires no installation and easily attaches to your car’s sun visor via its durable magnetic clip. In addition, you can also use its integrated ‘Handsfree Assistant’ feature to send texts, e-mails, Facebook / Twitter updates and more, all by using your voice. Find out more right after the jump. 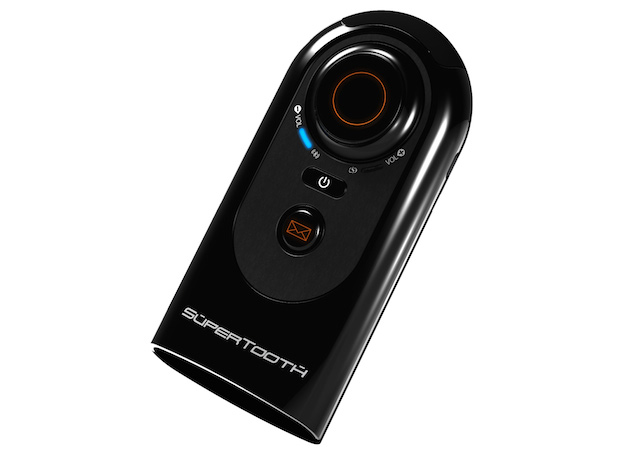 The SuperTooth HD ships in a sleek looking box with a USB-to-microUSB cable, a USB car charger, a sun visor magnetic clip and the usual documentation. You also get a subscription code that activates 6-months of free Handsfree Assistant service powered by Dial2Go, more on that later. The SuperTooth HD takes less than 3 hours to reach a full charge and gives you on-average 20 hours of talk time and up to a 1000 hours of standby time. It supports Bluetooth 3.0, A2DP audio streaming and MultiPoint pairing i.e 2 phones can be connected to the device at the same time which comes in quite handy.

Weighing a little over 100 grams, the SuperTooth HD is roughly 5″ tall and 2″ wide. There’s a large volume knob on the face that can be pressed as a button as well. Just underneath are two LED indicators for Bluetooth connection power status, followed by the power button and a dedicated Handsfree Assistant button marked by an envelope sign. The rear features a couple of strong magnets that attach the unit to its detachable metal visor clip. There’s also a microphone hole located at the front and a bulging speaker grill at the bottom which protects two powerful speakers with a 5 Watt audio output, while a microUSB port for charging is located on the side. 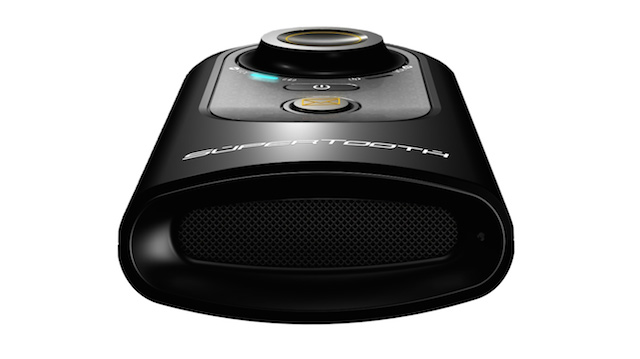 Setting up the SuperTooth HD is very easy. On initial boot, you get to choose from six supported languages, including  French, Spanish and German. After successful pairing with your iPhone, Android or BlackBerry handset, your address book entries will be downloaded to the SuperTooth HD unit. The unit uses this database to announce the caller ID of incoming calls, which you can answer or reject by simply saying “Answer” or “Reject”, without touching anything. A host of other voice commands such as checking battery level or speed dial etc. can be accessed by pressing the center of the volume dial. 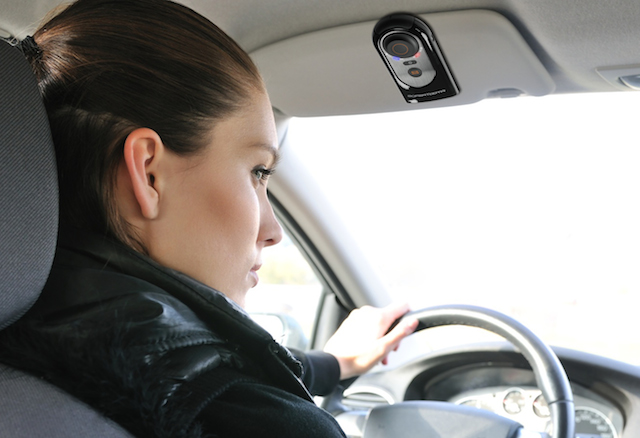 During my two weeks testing, I found the voice quality to be quite good for incoming calls and callers were also able to hear my voice well, thanks to SuperTooth HD’s dual microphones. Streaming music from your phone to the device is also possible though the sound obviously isn’t as dynamic as a dedicated speaker. Last but not the least is the Dial2Do voice assistant service, which is what truly sets the product apart from its competitors. The service, activated by pressing the dedicated button the unit, offers things like composing and sending emails and texts, writing Facebook and Twitter posts, all with your voice. It can also read your emails and texts. Once the trial period is over, you can renew the service at $40 per year.

Overall, I’m really pleased with SuperTooth HD ($89). The unit has a solid build, the installation is no brainer and you get highly responsive voice assisted features, that let you free your hands and eyes so they can concentrate on the road.