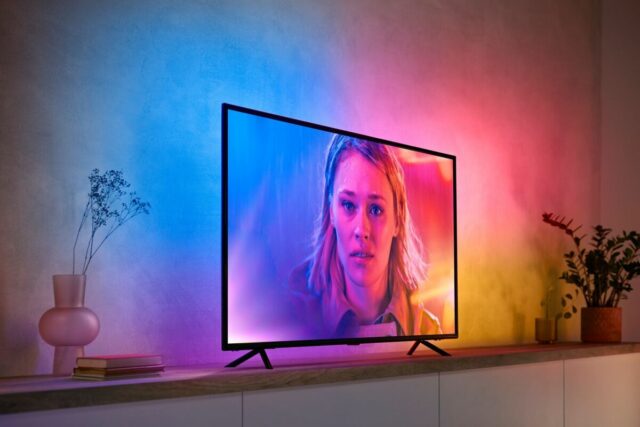 Signify has announced a new line of Philips Hue products including the gradient lightstrip which mounts to your TV and syncs with the images on-screen. The company has also announced a new version of its Iris table lamp, both of which are HomeKit-compatible. 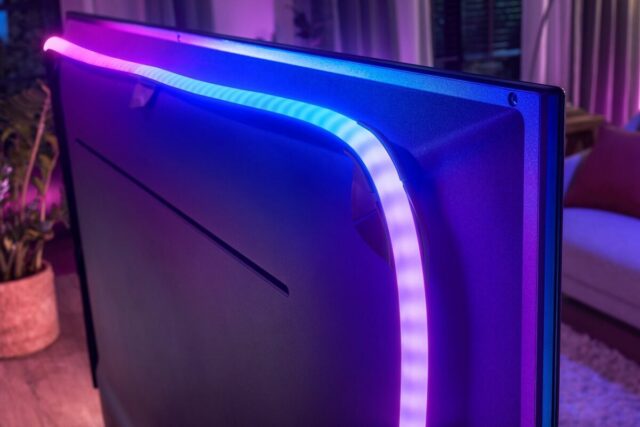 Additionally, Signify announced a new version of its Hue Iris table lamp. The new Iris will offer richer colours, brighter output as well as new metallic finishes on the body of the device. The Hue Iris can be paired with the Hue Bridge or by Bluetooth as the white and colour Philips Hue E12 Candelabra bulbs have been updated. On October 19th, the Hue Iris can be purchased for $100 USD. The newly updated bulbs can be purchased as of now.

Both products can be integrated with smartphone devices such as Apple’s HomeKit while paired with the Hue Bridge.