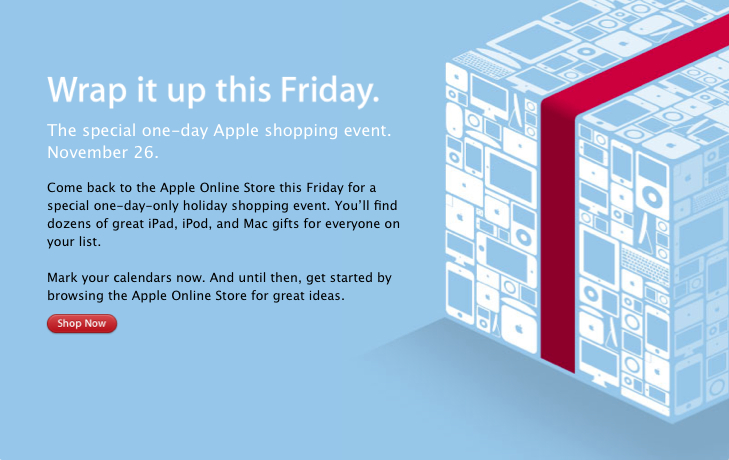 Apple Canada has finally posted their Black Friday teaser poster, with deals to be unveiled tomorrow.

As for the Apple US store, prices have been revealed on Macs, iPads, iPods, and accessories. 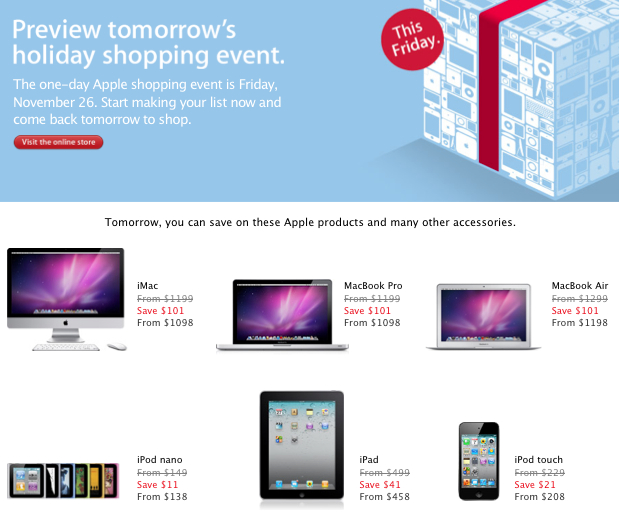 As you can see from the image above, Apple US Black Friday deals reveal the following savings:

We can expect Canadian discounts tomorrow to be very similar. Note that Education discounts, available all year round will save you $100 on a Mac computer.

Black Friday deals from Apple are the best time to pick up accessories such as the Magic Mouse, Airport Extreme, docks, etc. These never go on sale. Take a look at last year’s deals here.

What are you planning to buy tomorrow? Don’t forget to visit our 2010 Black Friday Deals Round Up.