On the weekend M.I.C Gadget noted Apple’s Lightning authentication chip was cracked, allegedly by the Chinese accessory maker, iPhone5mod. MacRumors has followed up with the latter over the claim the chip has been cracked. iPhone5mod said they are currently using original chips directly from Apple’s supplier, but more importantly, they also have on hand unauthorized cracked chips:

iPhone5mod did, however, inform us that they have also obtained cracked chips that bypass Apple’s authentication functions and that the cracked chips are working just as well as the original chips, suggesting that we may soon see a significant increase in unauthorized third-party Lightning accessories. 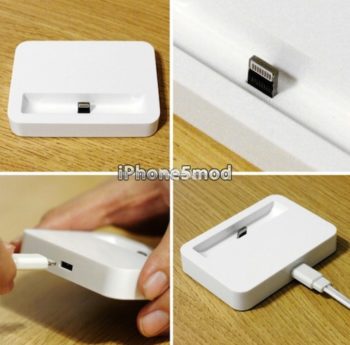 If true, this means third-party Lightning accessories are set to explode in popularity. Let’s just hope these clones will work as advertised and not make your iOS device literally explode, as we’ve previously seen with cheap car chargers. There’s nothing like cheaping out to save $10, only to kill your $700 iPhone.

Currently, Lightning cables are available at Apple retail stores, with some resellers having limited supply. Earlier, iLounge went hands-on with the new Lightning to 30-pin adapter.