Ever since Apple introduced AirPlay, the platform for streaming high-quality audio over a Wi-Fi connection, big names like JBL, Logitech and Altec Lansing have introduced quite a few impressive AirPlay compatible docks and speakers in the market. Some of these offerings have an attractive design but don’t sound as good while some sound fairly nice but look quite ugly. Today, we’ll be checking out an AirPlay speaker, the Audio Dock Air from Audyssey, which packs an amazing design as well as exceptionally good sound. Full review after the break! 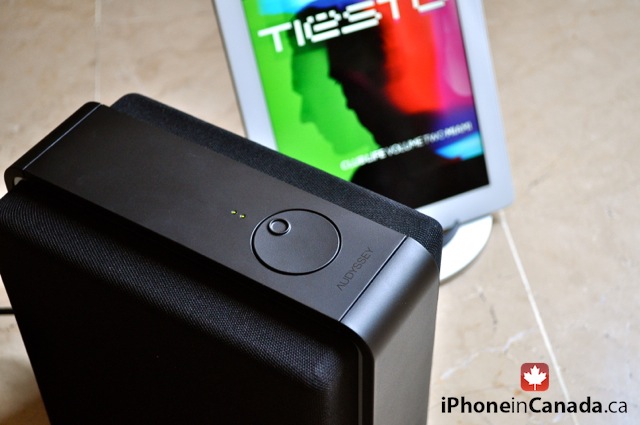 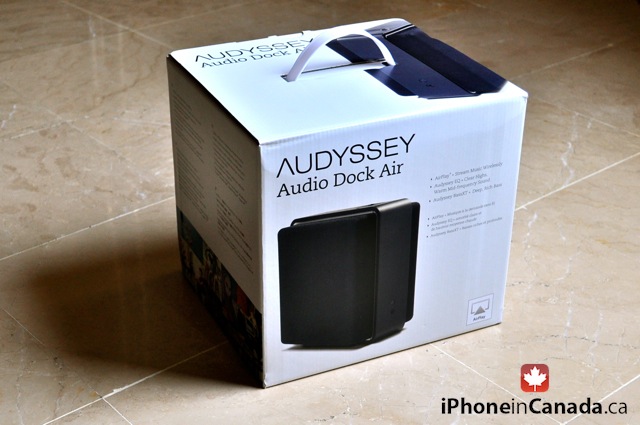 Looking at the Audio Dock Air’s box, I thought the speaker would be pretty big and heavy but in reality, this wasn’t true. When I opened it up, here’s what I found: 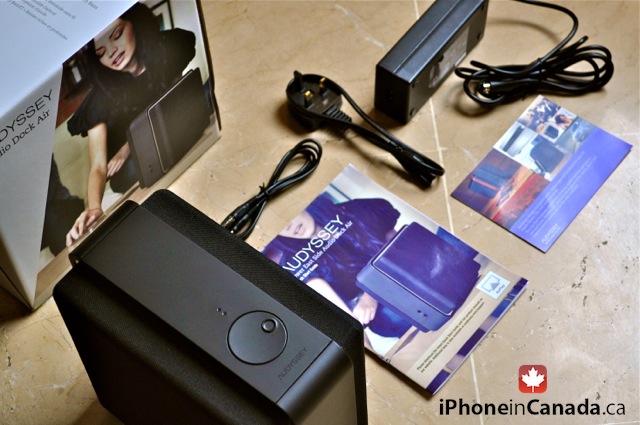 First and foremost, I’d like to point out the eye-catching look & finish of the Audio Dock Air speaker. Audyssey has made pretty sure with an elegant and classy all-black finish that its product ranks high in the category of most attractive looking speakers. Weighing just over 2 kilos, the square shaped speaker looks decent sitting on a side table, a shelf and even on the floor. 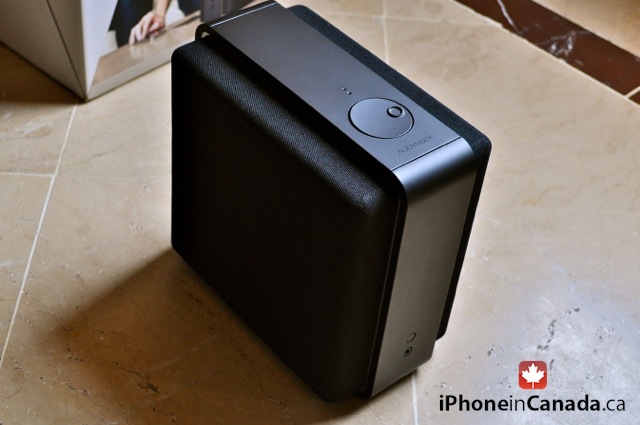 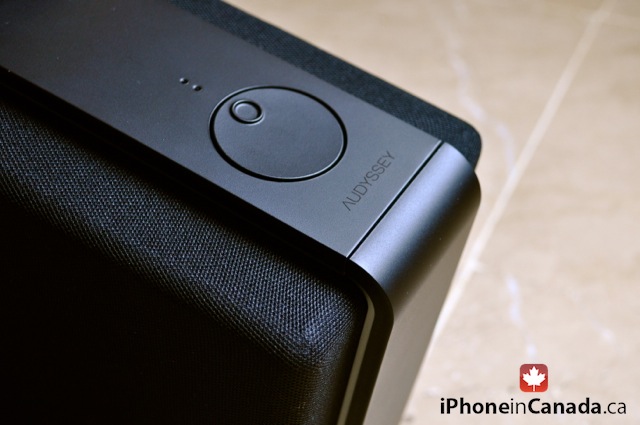 The Audio Dock Air has a black cloth on either side, hiding a couple of tweeters, a pair of midrange woofers and two passive bass radiators. The top has a big volume control knob and two LED status lights which flash to indicate power and Wi-Fi connection. The dial, when pressed gently, serves as a mute button as well. 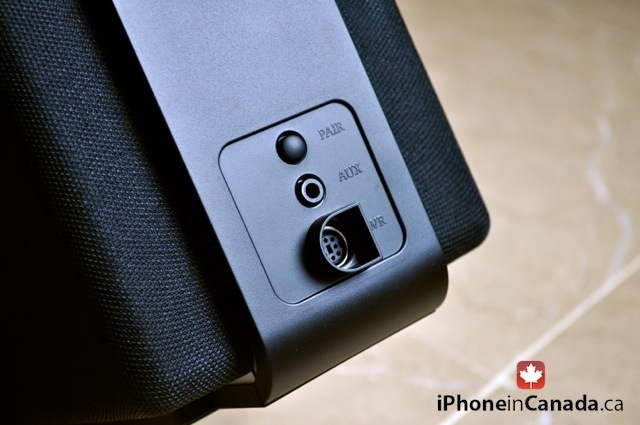 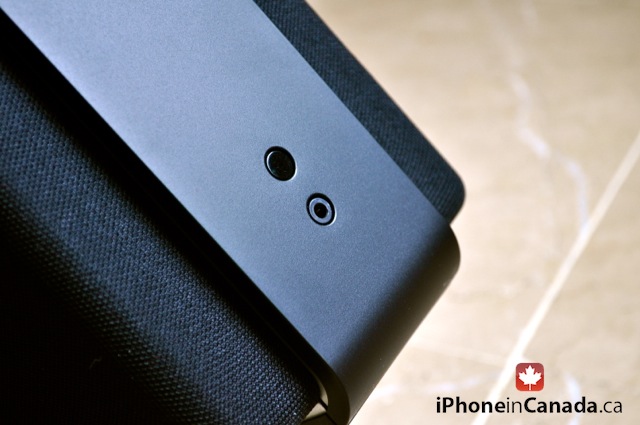 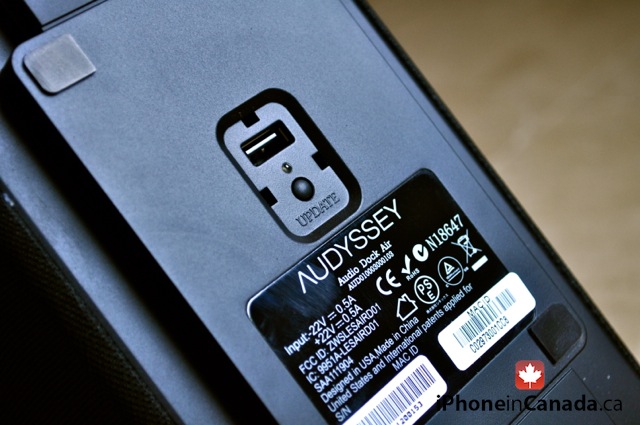 The dock’s rear hosts ports for auxiliary and power inputs. Just above these ports, there is a pair button which is used to setup the Audyssey Audio Dock Air to join your local Wi-Fi network automatically. The front of the speaker has a 3.5mm headphone jack and an IR receiver which is pretty much useless since the product does not ship with a remote control. It is quite likely that the product may start shipping with a dedicated remote in the future.

At the bottom, there is an “Update” button and a USB port which clearly shows the product will be receiving periodic firmware updates, especially addressing those annoying AirPlay issues. More on that later. 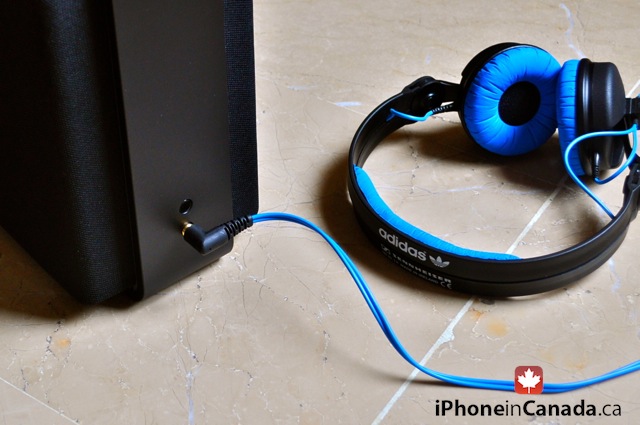 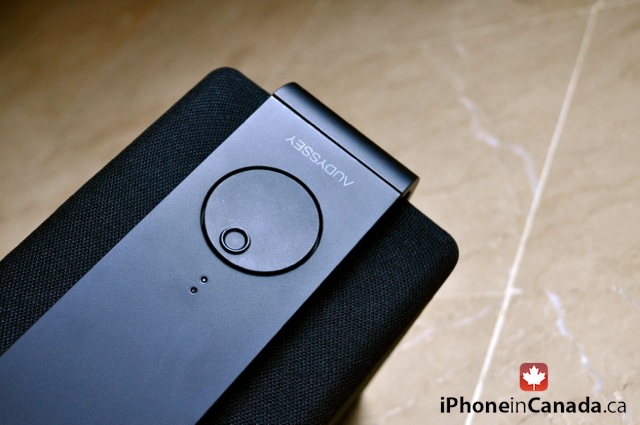 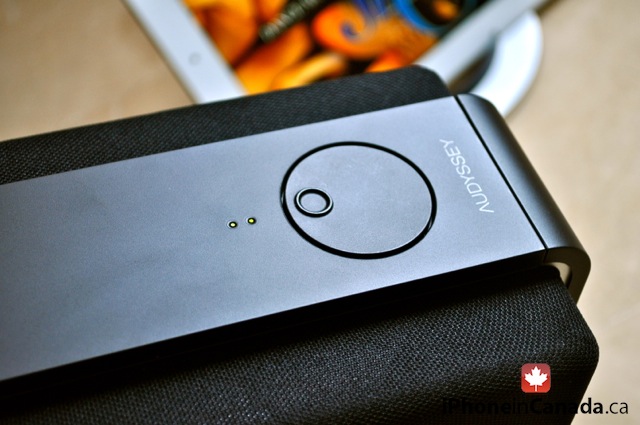 To set up the Audio Dock Air for the first time, you need to connect to it through its own Wi-Fi network which the device begins to broadcast once the “Pair” button is pressed. The device’s settings can then be accessed using a web browser, where you can configure how the dock connects to your local Wi-Fi network. Once the new settings are saved, the dock restarts and automatically joins the configured Wi-Fi network making it instantly available for AirPlay audio streaming using an iPhone, iPod touch, iPad or a computer running the latest iTunes software. Two solid green LEDs on top confirm a successful Wi-Fi network connection. I must mention that there is no “On/Off” switch on the Audio Dock Air. If you keep the power plugged in, it will stay On and connected to your Wi-Fi network. Only switching off the mains or unplugging the power cord puts the device to sleep. 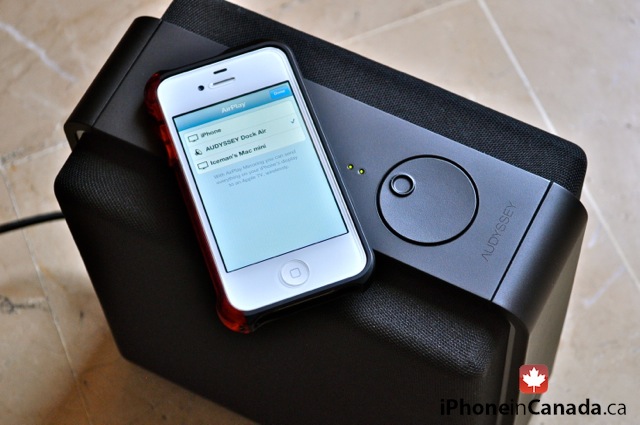 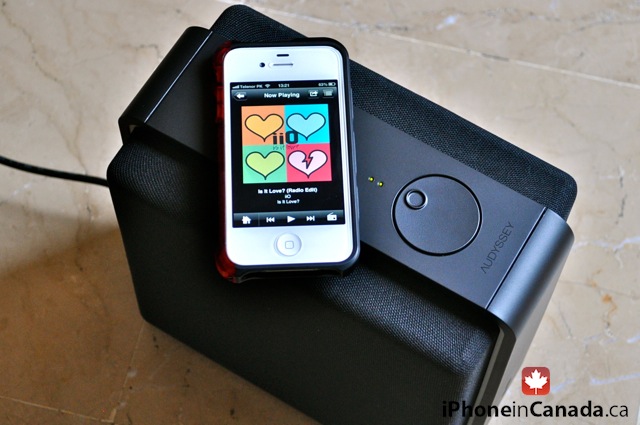 The Audyssey Audio Dock Air produces some great quality sound. The highs are crisp but slightly overwhelming at louder volumes though a little  tweaking of EQ settings in iTunes fixes it. The mids are extremely well balanced at all volume levels. The most impressive of all is however the speaker’s tight and clean bass, even at the lowest volume level. The passive bass radiators paired with Audyssey’s built-in BassXT technology produce deep and punchy bass, enough to satisfy majority of bass heads. Cranking the volume to full can easily fill a large room, without the slightest of distortion. You can even link multiple Audio Dock Airs to setup a multi-room sound system. I’d say, this thing is pretty much ideal for house parties. 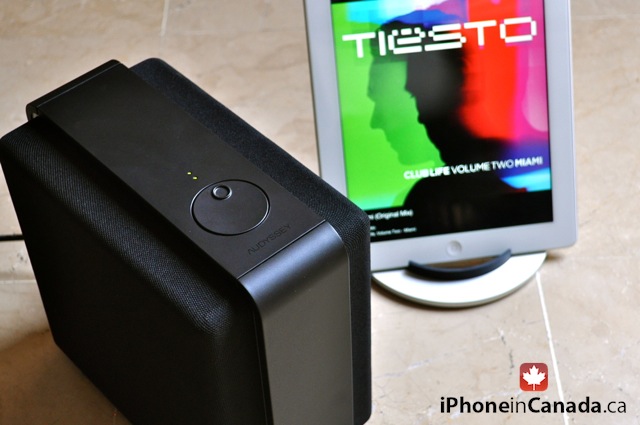 When I told you about the dock’s “Update” feature, I mentioned that there are some AirPlay annoyances which need to be addressed with a firmware update. First of all, when you play a song over AirPlay using your iOS device or iTunes on a Mac/PC, there’s a delay of around 7-8 seconds between pressing the play button and hearing the music from the Audio Dock Air. Though it may not be a big deal but it does get annoying if you’re trying to quickly skip through your music tracks. Luckily, the volume controls from the source device seem to work instantly with no lag at all.

Another thing that needs to be addressed is its Wi-Fi connection stability. I experienced some drop-outs, though not so frequently. On rare occasions, the audio stream would skip or stutter but then again, it could well be a Wi-Fi network strength issue. Good thing is, there isn’t a single bug that a firmware update couldn’t fix. I’m sure Audyssey is aware of all these tiny issues and will push out a fix soon enough.

For me, the Audyssey Audio Dock Air is a perfect combination of innovative design and brilliant quality sound. Since all minor AirPlay bugs can easily be remedied by a simple firmware update, I think this amazing AirPlay dock is well worth spending for.

Click here to check out the Audyssey Audio Dock Air at Amazon.