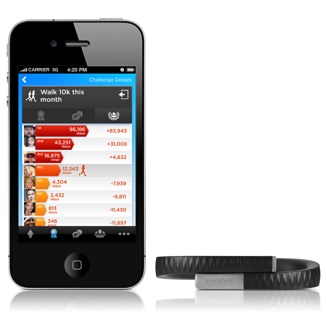 The much-anticipated Jawbone UPis now available online at Apple.ca (and Apple.com). This wristband was originally promised by @Jawbone to hit Apple Stores in Canada on November 6th, but only a few stores nationwide received stock. The wristband is $99.95 CDN with free shipping, and comes in three sizes: small, medium and large. The only colour available on Apple.ca is black. 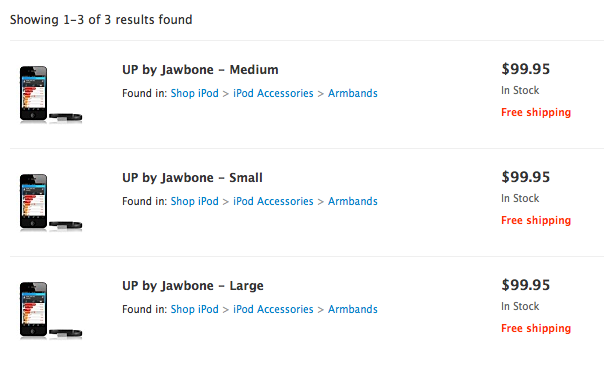 As much as the Jawbone UP is an innovative wristband, I still am skeptical of how effective it can be. The last time I tested out a wristband to measure my sleep cycle was in my review of the WakeMake, which was interesting but short-lived. For those looking to test out the Jawbone UP, check it out here.

If you’ve purchased an UP, please let us know how it’s working for you!

Thanks dbo789 for the heads up!