JBL On Air Wireless AirPlay Speaker Dock On Sale for $69.99 at Future Shop 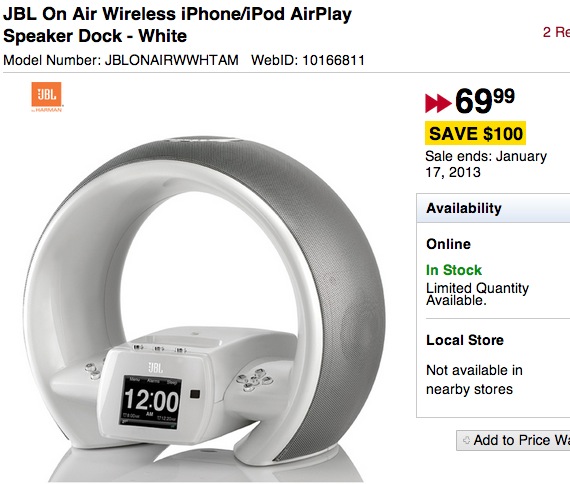 If you’re looking for a wireless AirPlay compatible speaker dock, you might want to consider the JBL On Air Wireless at Future Shop as it’s on sale for $69.99 ($100 off). If you’re not familiar with AirPlay, the feature will allow you to stream music wirelessly from your iPhone or iPad to the JBL dock.

The only issue with the unit are the mixed reviews online, but if you’ve been in the search for an AirPlay speaker dock, $69.99 is not a bad price at all. The sale ends this Thursday, January 17th. Let us know if you’re going to jump on this!