A UK based iPhone repair company named iPatch has come up with an awesome mod that makes an iPhone 4’s rear Apple logo glow just like the one on a Macbook. According to the developer’s behind this brilliant mod i.e. Chris and Andy, the mod will be available in the market in less than a month and is expected to be priced around £100 (CAD 157). 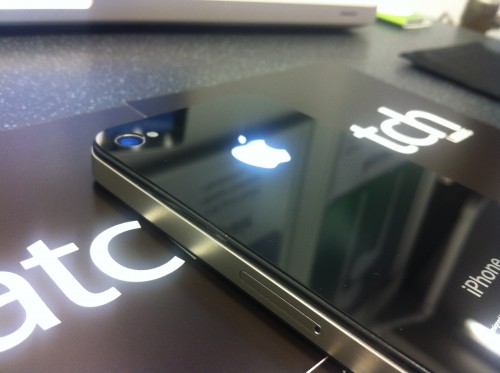 iPatch claims that applying their glow modification does not change iPhone 4 functionality in any way while the rear glass appears completely original with no visible alterations. The modification time is also claimed to be less than an hour with no extra bulk added to the handset. For U.S. customers, there is also a special mail-in service:

For those of you in the U.S., iPatch offers a mail-in service that will allow you to send your iPhone over to the U.K. for modding, then they’ll ship it back. Though pricing for this service is yet to be confirmed. 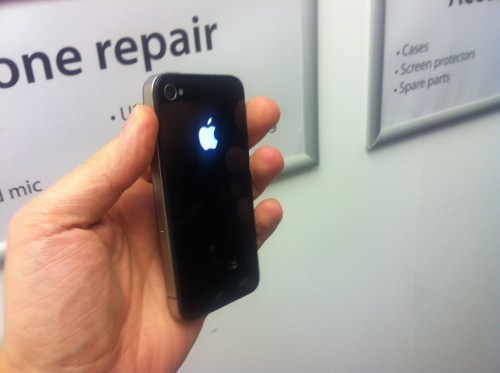 This mod definitely looks stunning in the images above though the price might be a bit steep for some users. Nonetheless, who wouldn’t want an iPhone’s Apple logo to glow like Apple’s other products. The only question is, how much battery will it drain from Apple’s power hungry smartphone?