The Pebble Smart Watch is going to go even more mainstream as today it made its first retail debut–in the USA, at Best Buy. The watch retails for $149.99 and is available in black. It is being described as the following:

Control your Apple or Android device’s functions from your wrist with this Pebble 301BL smart watch, which features Bluetooth technology for easy pairing and an E-paper display that promotes visibility. The waterproof design ensures long-lasting use.

The Pebble Smart Watch made its original debut on Kickstarter, raising over $10 million dollars, led by its Canadian CEO Eric Migicovsky. According to the CEO, the exclusive retail expansion to Best Buy is a move to satisfy consumer demand. 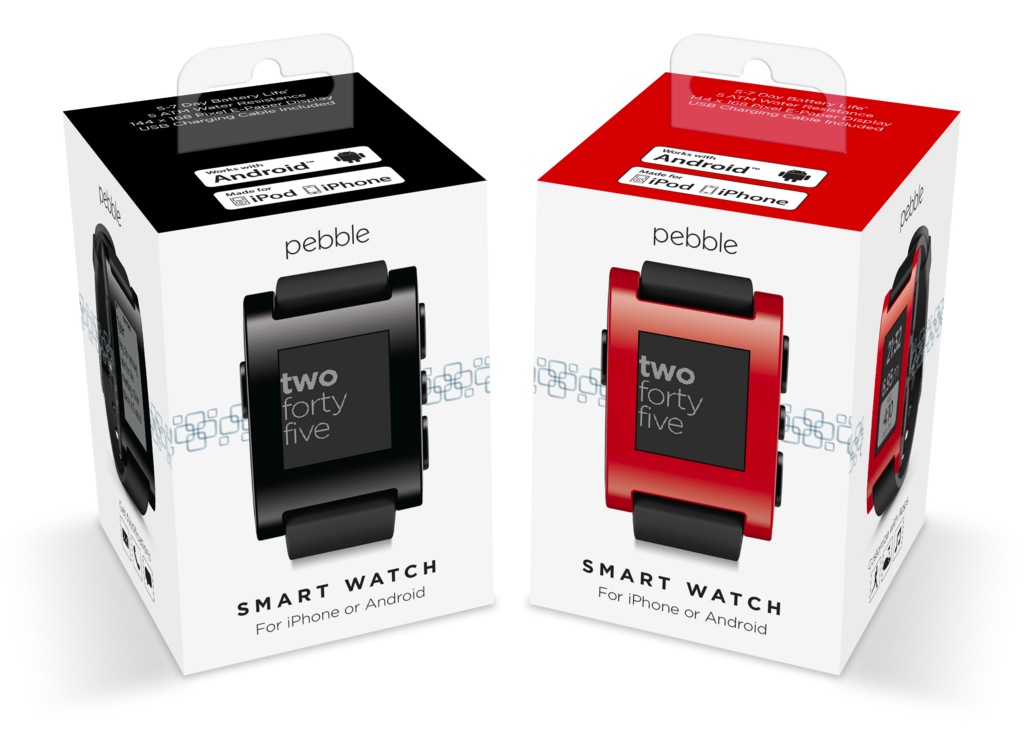 There’s no word whether we’ll see Best Buy or Future Shop in Canada will carry the watch, but we have reached out to the company and have been promised a response. In the meantime, you can read our review of the Pebble watch here. Stay tuned!