Users that are looking for battery packs to improve their iPod Touch or iPhone battery life are usually looking for a device that will greatly improve the battery by more than 10 hours.

Today we have the TruePower iV Pro that will not only improve battery life, but is also one of the most versatile battery packs available.

The TruePower iV Pro is all about versatility and functionality. As a two time MacWorld Best of Show Winner (2008 & 2009), the battery pack has built itself a very reliable reputation.

The TruePower iV Pro is a rather bulky battery pack, but it is not much larger than typical devices such as the Mophie Juice Pack. However, where the TruePower loses in form, it more than makes up for in function.

Another great benefit is the versatility to charge across devices. This works because the TruePower iV Pro includes a USB port that can be used to charge anything with a USB charger. For example, battery pack can charge a headset, an iPod, act as a hub for printers or mice, and can be used for both charging and syncing.

The one caveat I have with the battery pack is that when docking an iPhone or iPod Touch, the plastic casing is so tight that it will completely destroy any screen protector on the iPhone/iPod Touch display. In other words, the TruePower iV Pro does not work well with screen protectors. 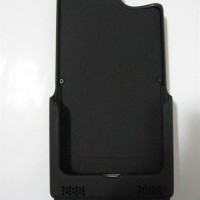 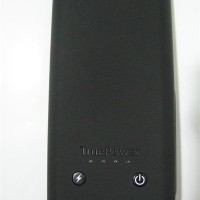 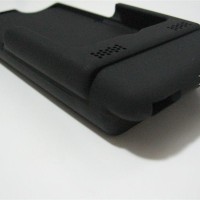 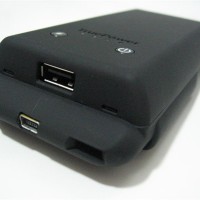 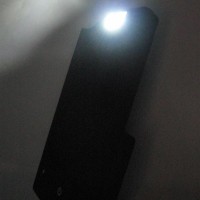 The TruePower iV Pro makes a bold statement in that the accessory has enough power to recharge an iPhone three times and each recharge only takes one hour! While this may sound unbelievable, the battery pack features a 3100mAh lithium-ion capacity battery and that packs a lot of juice.

Charging the battery pack takes approximately three hours and is done via mini-USB. The LED battery indicator (activated with a button) shows users how much battery is left for use or how much is left that must be charged.

The battery pack also features a second button on the back of the device that is an on/off button. This allows users to put the iPod Touch/iPhone into the case and not activate a charge until needed.

A nice extra that I have never seen before in a battery pack is a built-in and very bright LED light on the back of the battery pack. This can be used to improve photos with an iPhone or just used as a flashlight.

Another extra, and this is a claim that the company has made, is that the battery pack improves iPhone reception. I am not entirely sure how this is done but in my uses, I did not notice an increase or decrease in cellular reception.

The True Power iV Pro is available on the TruePower, Inc. online store for $99.95.