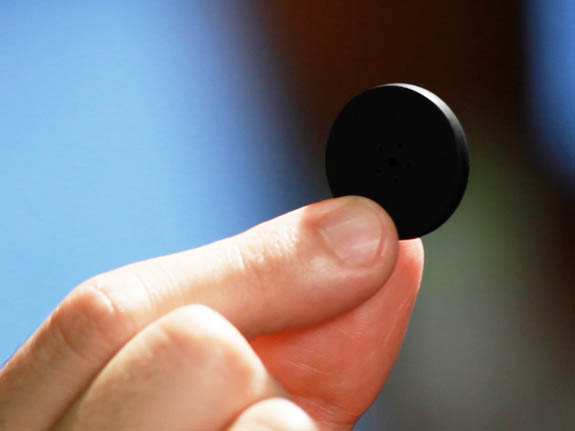 If you’re always losing your keys, wallet, TV remote or pet, the StickNFind might make it easier to locate lost items. This quarter-sized tracker is powered by Bluetooth 4.0 and comes with a built in buzzer and light. The idea is to attach the StickNFind to anything and then track it with the app on your iPhone. There is range of 100 feet (33 meters) and the battery life lasts one year.

The included app features a radar screen for tracking up to 20 StickNFind units and also has a neat Virtual Leash feature to alert you should an item leave your vicinity. There’s also a Find It feature which will alert you once a StickNFind is within range. A future Task Launcher app coming in the summer (if approved by Apple) aims to control your iPhone’s settings, such as turning on silent when you enter the range of a StickNFind (great for business meetings). 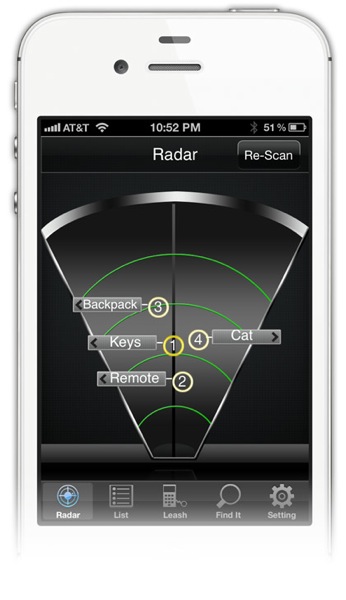 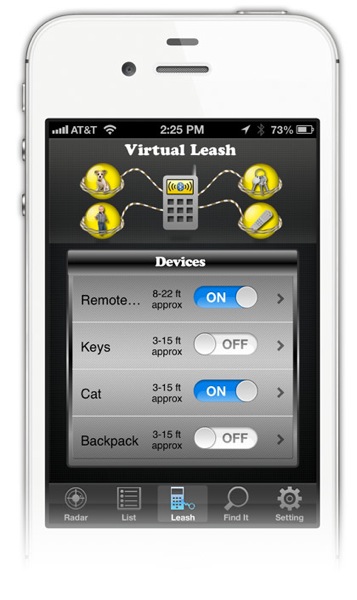 The StickNFind team had a goal of raising $70,000 but they have blown way past their goal. The project now sits at $868,975 (as of writing) with 32 hours to go. Check out the video below to learn more about the StickNFind:

If you want a more powerful unit, the same team is also selling the BluTracker, a water resistant long range GPS Bluetooth tracker (2500 ft. range). This one shows the exact location of the BlueTracker within Google Maps and has a two month battery life. 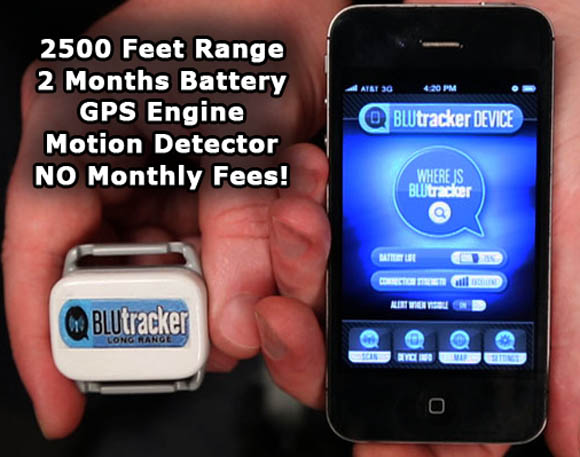 Let us know if you’re going to jump on either of these to stalk and track your loved ones (and things)!