A new Kickstarter project was recently brought to my attention that is collecting funding for a truly universal smartphone stand and mount.

The other neat aspect of the Vavo is its very small and ultra portable size. It’s actually so small that it fits nicely on a keychain. 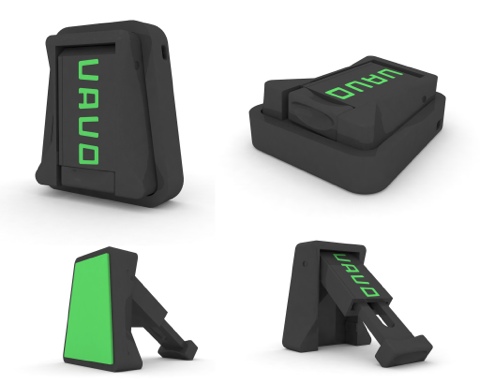 As per the specs, the stand is made from hard plastic and a specially formulated sticky pad. The pad apparently sticks to more surfaces than a regular suction cup or magnet and leaves no residue.