It appears wearable technology is becoming the next trend, as we have seen with the success of the Pebble smart watch (stay tuned for our upcoming review). Given the immense popularity of the latter with over $10 million dollars raised via Kickstarter, others are starting to take notice.

France-based VEA aims to venture into the smart watch arena with their Buddy Bluetooth watch, currently a project on Indiegogo. The makers recently launched their project after receiving their first prototype. 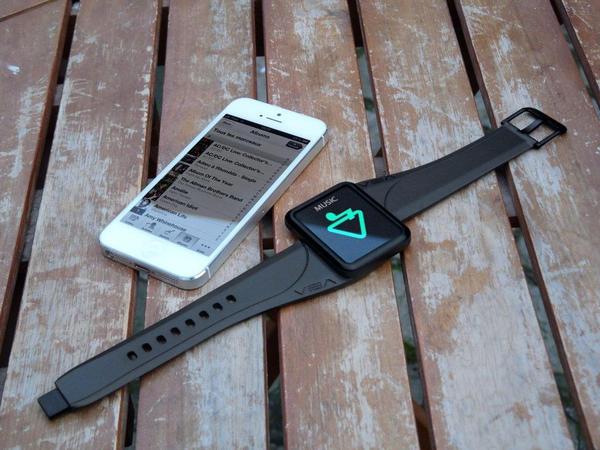 The watch is 8mm thick, has a 2-inch tactile and capacitive high contrast screen, Bluetooth 4.0, 8GB of internal memory, 10 days of battery life, 3ATM water resistant, shock resistant, and will work with iOS, Android and Windows Phone. There has been no mention of an SDK for third party apps like what we’ve seen with Pebble.

The watch is universal and will work with both phones and tablets. VEA says as our smartphones get bigger (*cough* Galaxy Note 8.0), the need increases for a smaller secondary screen and that’s where their watch comes into play.

Users will be able to receive notifications, SMS and MMS texts, emails, calls, calendar events, photos, photos, display GPS notifications, get Twitter and Facebook notifications and also be updated via USB. Check out their promo video below:

Watches will be available in black, white and red and the project will cost $150 to back (the $99 early bird option is sold out) plus $15 extra for international shipping, with a delivery date aimed for August of this year. So far, the project has $46,000 in funding raised, out of their $320,000 goal, with 34 days to go.

Let us know if you would be interested in this smart watch.