ZAGG has launched a new screen protector, the invisibleSHIELD EXTREME and it’s available for the new iPhone 5 (and iPhone 4 and iPhone 4S): 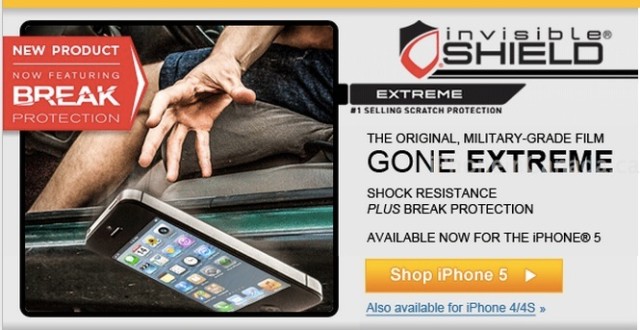 This new member of the family still has a lifetime warranty and is self-healing. It retails for $29.99 and ships from September 14-17th. Stay tuned as we’ll be getting one for a hands-on review soon.

Click here to visit ZAGG.com to learn more about the EXTREME.