Amazon really wants you to download the company’s Kindle iOS app, as they’re ready to pay you for it. Right now, for first-time registrants of the Kindle for iOS (and Android) app, you’ll get a free $8 credit towards your next Ebook purchase, as part of a new promo.

The fine print says the offer is only available until January 10, 2016, which is also when the credit will expire:

This offer is only available to first-time registrants of the Kindle for iOS and Kindle for Android reading apps. This is a limited time offer and this credit will expire on January 10, 2016. Offer only applies to Kindle book titles sold and delivered by Amazon Digital Services, Inc. (other than certain limited Kindle book titles). 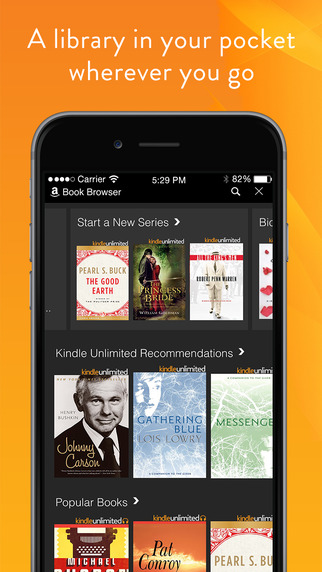 Let us know if this works for you! Users note they should receive an email stating the $8 credit will be applied to their next Ebook purchase, if they qualify.