Today, we’re giving Canadian bird-flingers a sneak peek at a brand new game that’s under pigstruction, featuring those most enraged of avian protagonists, the Angry Birds! Join the core cast of Angry Birds characters (and some new faces) in a brand new twist on the slingshot gameplay you know and love. 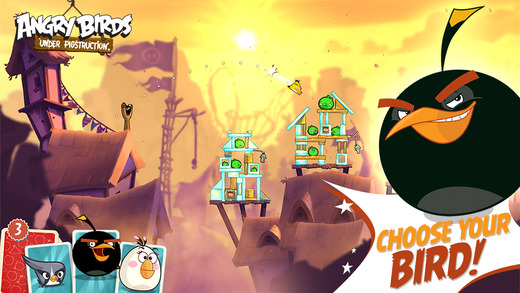 This new game brings multi-stage levels, spells and the ability to challenge other players. If you don’t have Angry Birds fatigue yet, you (and your kids) will probably enjoy this latest addition to the family.