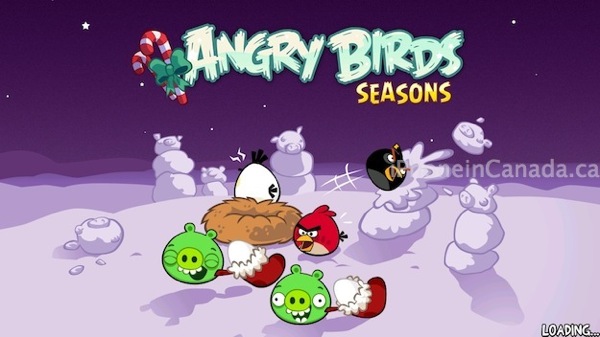 Can you believe it’s the first of December already? That means Christmas is coming, and just in time for the holidays Rovio has released an update to Angry Birds Seasons. The latest update is called ‘Winter Wonderham’ and is themed with snow and candy canes in mind.

The game receives 25 new levels, with a new one being released daily, like an advent calendar. An internet connection will be required to get the new daily level updates. Full change log below:

What’s New in Version 3.1.0
It’s a snowy winter night, the northern lights are ablaze, and it seems like peace on earth… until the bad piggies show up! The Angry Birds didn’t realize that they’re walking in a winter wonderham!

Explore a snowy winter landscape under the aurora borealis!

Enjoy 25 new wintry levels, one per day, in this holiday advent calendar!

Slip and slide on the new ice element!

Watch out for a special Harbin level, in honor of the upcoming Angry Birds area in the Ice and Snow World in Harbin, China! 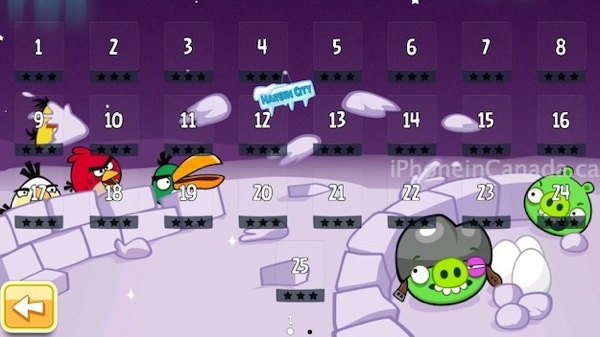 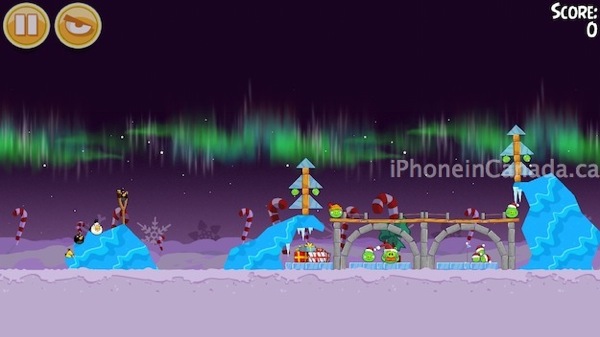 This is the perfect way to countdown to Christmas. Kudos to Rovio for still supporting Angry Birds Seasons with new levels. Let us know what you think of this new update!