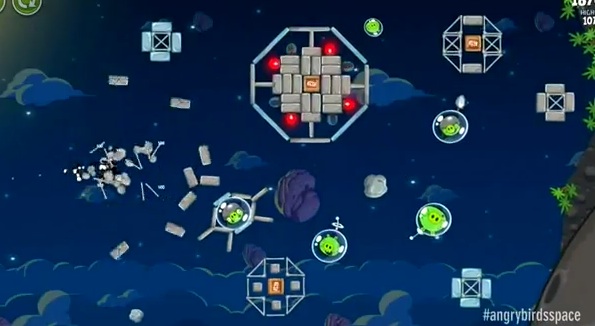 Angry Birds Space is set to debut on March 22nd, and is seen to be the next hit version of the popular game from Rovio. The official trailer has just been released and provides a further glimpse of more gameplay.

It was just under two weeks ago Rovio hired NASA to make an announcement about Angry Birds Space from the International Space Station (ISS), 242 miles above Earth.

Check out the new official trailer, below:

Are you still an Angry Birds fan, or have you moved on?