Still can’t get enough of Angry Birds? Today Rovio released a 2.2.0 update to the original iOS game to bring 15 new tropical levels plus the introduction of four unique power-ups to help you get three stars on every level:

The piggies continue their beach vacation with fifteen new tropical levels — but the vacation’s gonna end when the birds show up! PLUS: Angry Birds now has power-ups! With these four special power-ups — King Sling, Birdquake, Super Seeds, and Sling Scope — you can three-star even the most challenging levels!

Relax on the beach with fifteen new tropical levels!
Four new power-ups help you three-star every level!
Check back daily to collect a free power-up! 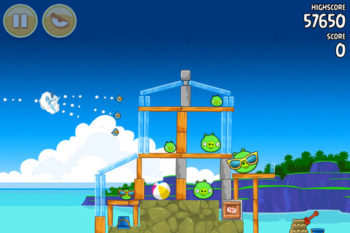 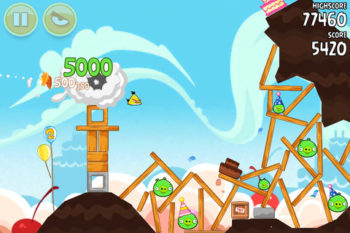 You can download Angry Birds for $0.99 in the App Store.