The free App of the Week from Apple is the arcade game Max Axe, which takes you on a “quest for total destruction and massive loot” as you slay beasts as the character Berserker Max. 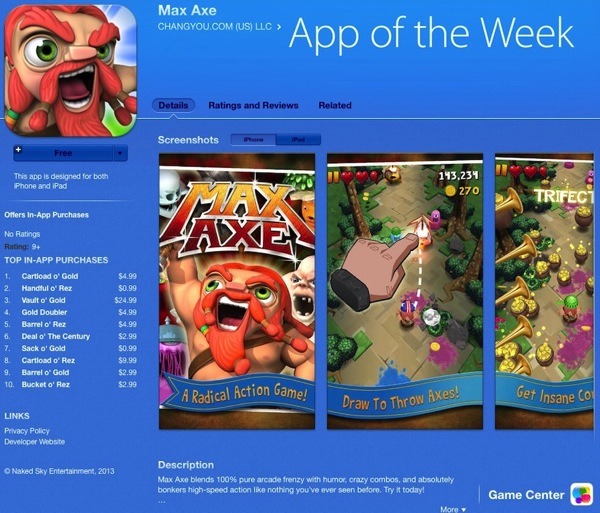 The game is a 55.7MB download and is available for the iPhone and iPad. The game debuted in October of last year and is normally $1.99. Click here to download Max Axe while it’s free for the week.