Ahead of Canada Day on July 1, Apple has launched a ‘Happy Canada Day!” sale in the App Store, which highlights some “terrific homegrown apps and games—all specially priced for a limited time.”

Below, we see games such as Alto’s Adventure, Hitman GO and more on sale, while there is a category for apps featuring 50% off in-app purchases, including 1Password and Hello Kitty Lunchbox (hello!). 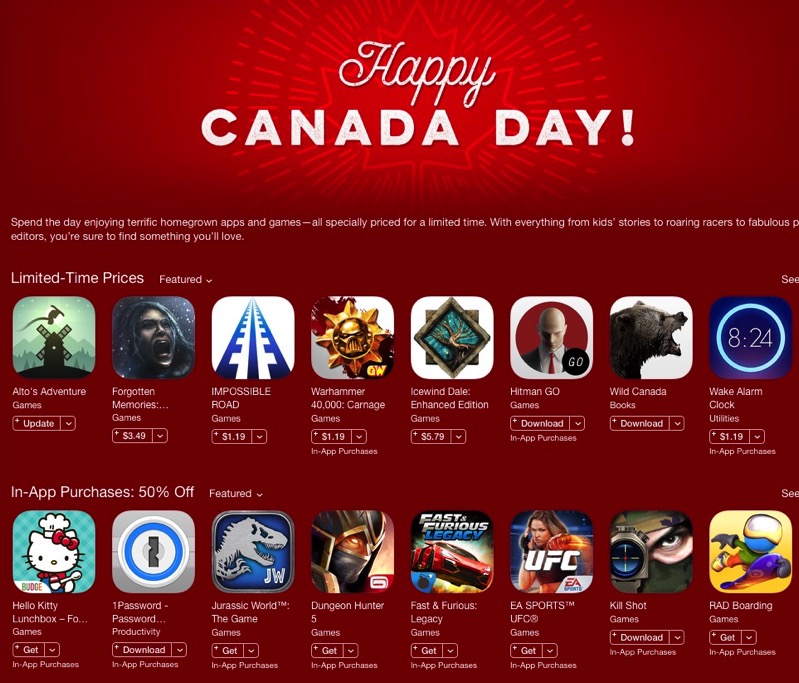 Click here to visit the Happy Canada Day section in the App Store.