If you’re looking for a new game to play, check out Apple’s free App of the Week, Eggggg – The Platform Puker, made by Norwegian studio, Hyper Games. 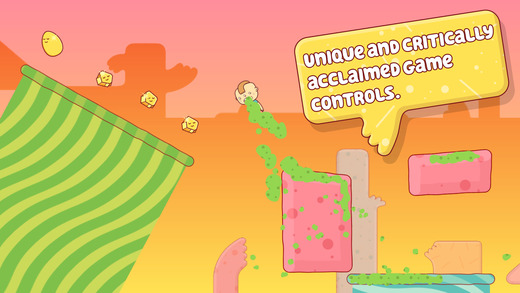 Here’s the premise of this title:

Eggggg is a ridiculous two-touch platform game about vomit. It’s an action packed and crazy experience, and tailored for mobile devices. Gilbert has an extreme allergy to eggs. Eating them will literally make him vomit like a fountain. He escapes from his mean aunt Doris in order to get to a birthday party, and needs to use his vomiting superpower to survive a world of angry cyborg chickens… of course.

Sound like fun? Eggggg has “21 crazy levels of vomiting action”, with controls made for touch devices, plus has a sticker pack for iOS 10. The game’s visuals were done by Spanish illustrators Brosmind, while the game itself is based on Norwegian Hanne Larsen’s award-winning film, Gilbert’s Cruel Revenge.